Scientology Freedom Medal Winner Nation of Islam Minister Abdul Malik Sayyid Muhammad (aka Tony Muhammad) announces that "Medical Racism - The New Apartheid," his new documentary with Robert F. Kennedy, Jr., will be released on 3/11/21. It will be available on medicalracism.org .

On March 11th this Documentary will be released for the World to see! The only way it can be viewed is by going to our website medicalracism.org. Go now and register to see this very informative documentary. We must be wise and not let fear cause us not to make the right decision when it comes to our Health!!!! Don't miss this film!!!!!

As vaccine distribution in the U.S. has ramped up, so has the misinformation blitz targeting Black communities.

A new video from anti-vaccination activists released online Thursday adds to what experts have called an effort to "weaponize" the outsize damage Covid-19 has done in communities of color.

Other producers include Tony Muhammad, a Nation of Islam minister, who has falsely claimed that childhood vaccinations are "genetically modified" to harm children of color, and Kevin Jenkins, the CEO of the Urban Global Health Alliance, a New Jersey nonprofit, who has been a fixture at anti-vaccination rallies and promoted a Covid-19 misinformation campaign pushed by America's Frontline Doctors, a tea party-backed conservative group. 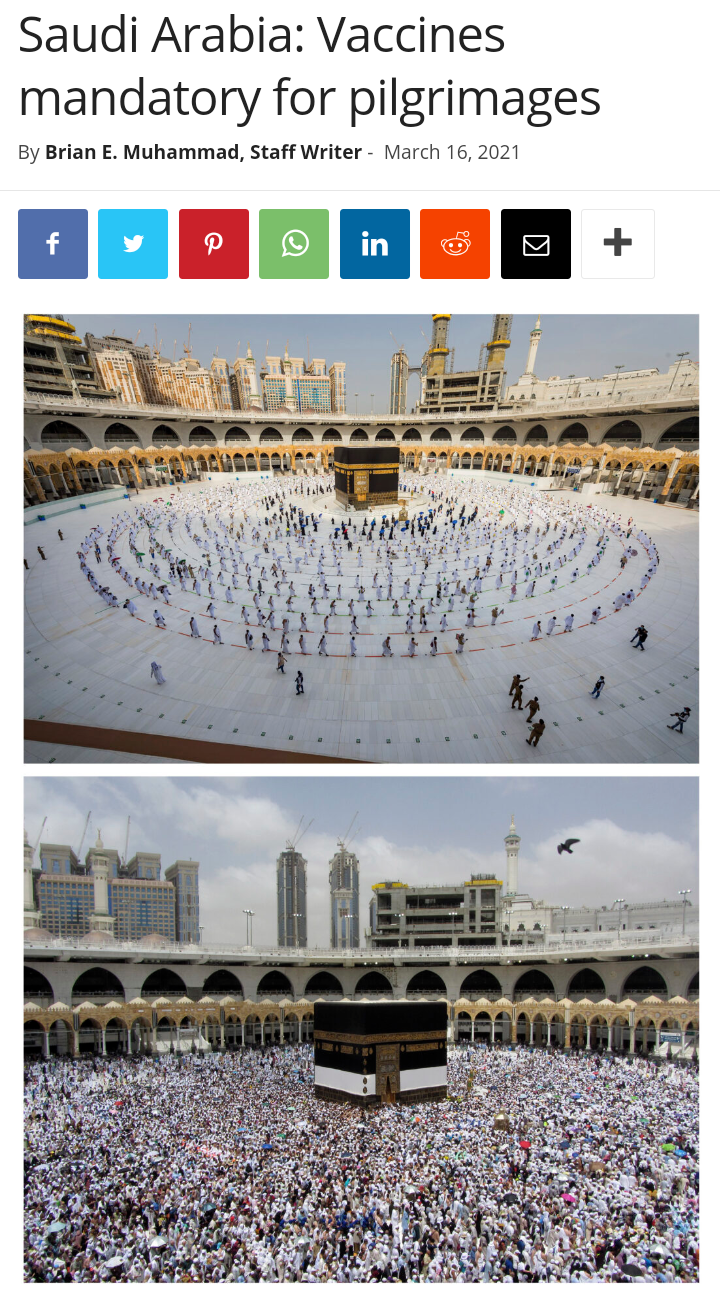 Abdul Malik Sayyid Muhammad, student Western regional minister for the Nation of Islam, disagrees. The Los Angeles-based student minister is on a public awareness campaign with a documentary produced with Attorney Robert F. Kennedy called “Medical Racism: The New Apartheid.” It exposes the perils of experimental vaccines and the sordid history of America’s medical malfeasance.

“So, whatever Saudis do, if its contrary to what God’s man has instructed, then Saudi is in trouble,” said Abdul Malik Sayyid Muhammad. “Their people are in trouble because their health department is leading the people to death’s door,” he said.

“Look at Satan: ‘I’m going to come at you in your straight path,’ ” Student Minister Sayyid Muhammad said, quoting the Holy Qur’an. “What Muslim doesn’t want to go to hajj?” he asked.

"Open Letter to the WHO: Immediately Halt All Covid-19 Mass Vaccinations"

The Final Call, the official newspaper of the Nation of Islam, has a story about the anti Covid-19 vaccine documentary by Robert F. Kennedy, Jr. and Scientology. Freedom Medal Winner Nation of Islam Minister Abdul Malik Sayyid Muhammad aka Tony Muhammad.

The story is by 2018 Scientology PAC Base Dianetics Auditor of the Year NOI Sister Charlene Muhammad.

It looks like there is better body routing at MECCA than at the "Mecca" of technical perfection (Flag).

I didn't know they were delivering the CAUSE RESURGENCE RUNDOWN in Saudi Arabia!

​
"Scientology literally saved my life! Without Ron's books I would have frozen to death!" - Don Hubbard (see avatar) is Ron Hubbard's estranged & evil twin brother. As Founder of the Church of Hoaxology and bestselling author of "HOBONETICS", Don is the first human being to achieve the state of OH (Operating Hobo).

"This documentary proves why we can't trust the U.S. government's vaccines."

The documentary will be available at MedicalRacism.org. It can also be viewed at the NOI.org Covid-19 workshop.


Minister Tony Muhammad and Robert F. Kennedy, Jr. are producers of the movie, among others.

A link to the video is below.

4/10/21: Scientology Freedom Medal Winner Nation of Islam Minister Abdul Malik Sayyid Muhammad (aka Tony Muhammad" invites you to watch a presentation on medical racism and "why we refuting take their Vaccines." (sic)

"Don't Let Them Vaccinate You!"

"We Won't Join Your Efforts To Destroy Us." 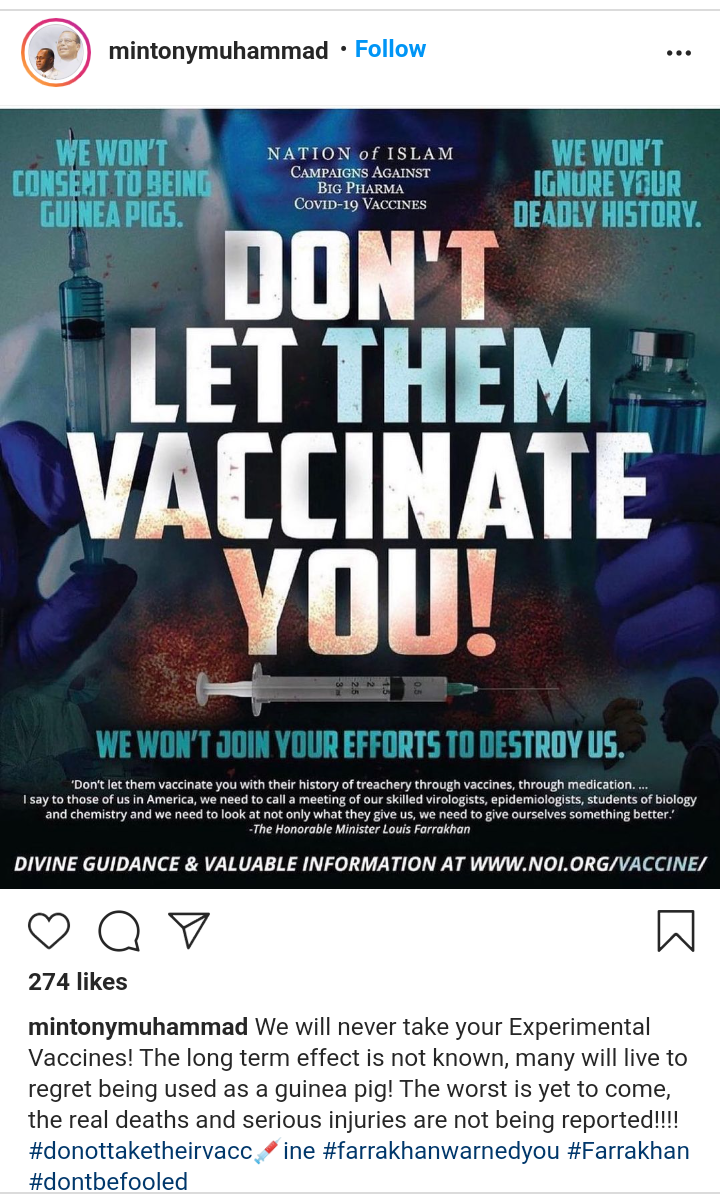 [NOTE: The Final Call is the official newspaper of the Nation of Islam. The story is by 2018 Scientology PAC Base Dianetics Auditor of the Year NOI Sister Charlene Muhammad.]

This timely webinar examines investigates the historical problematic relationship that exists between a significant portion of Blacks in America and the American medical community.