I´m a trained therapist with in depth $ect-experience. After leaving the $ect I became aware of more crimes, both by people in the $ect and f.z.-ex´s 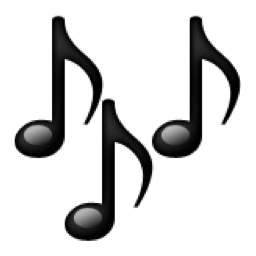 Original Cast of "Book of Miscavige".

At first glance, I didn't realize this was photo-shopped.

It reminded me of a time, during the 1970s, when I lived down the street from the old New Yorker building, which had been purchased by the Unification Church (the Moonies). They were pale and thin and would stand around, pointlessly, holding walkie talkies.

From a short distance, I couldn't tell the Moonies apart from the LaRouchites (followers of Lyndon LaRouche - a political cult), who were proselytizing on the street, and, what troubled me, at the time, was that they reminded me of Scientology staff and Sea Org members.

stratty said:
In case you are unaware of the fact, the information gathered in the course of auditing sessions has been used to damage the reputation and otherwise harm those who have fallen into disfavour with the church, so where does that leave 'I promise never to use the secrets of a preclear divulged in session for punishment or personal gain.' Auditor's Code? Don't make me laugh!
Click to expand...

Sorry, I fail to see ANY Auditor Code breaks!

When the Guardian's Office or OSA '...use the secrets of a preclear divulged in session', it is NOT '...for punishment or personal gain'. Far from it!

It is done as part of the standard ethics gradients to help bring a being back to their senses--so they can be salvaged. This is all done out of a profound caring and love, in order to salvage the being and safeguard their eternity--so they can successfully get back on the Bridge and attain Total Freedom.

.
Last edited: Aug 9, 2020
"Scientology literally saved my life! Without Ron's books I would have frozen to death!" - Don Hubbard (see avatar) is Ron Hubbard's estranged & evil twin brother. As Founder of the Church of Hoaxology and bestselling author of "HOBONETICS", Don is the first human being to achieve the state of OH (Operating Hobo).

Still, he's way ahead of L. Ron Hubbard when it comes to having stamps issued in his memory.

All I could find for Hubbard are these two stamps from Vinland which, as far as I can tell, is an imaginary country:

Is it possible that Vinland will be the first Clear country?
Click to expand...

Well, in Vinland's defense, $cientology itself is mostly imaginary.
“Necessity is the plea for every infringement of human freedom. It is the argument of tyrants; it is the creed of slaves.” -William Pitt the Younger

Innakesh said:
Dear All
I´m Innakesh. It´s a word that does not have its origin on this planet, by the way, and its concept is that we are all facets of the one divine consciousness. For lack of a better analogy: The one divine universal consciousness being like a boy playing with an infinitely facetted diamond.
The old Indian vedas has a very unique answer to the following question: "What´s Life´s meaning?"
Answer:"Life´s meaning is God playing with himself". I´m God playing Innakesh, therefore.
I grew up in a world of infinite possibilities. Perhaps that´s part of the reason why I have such strong feelings and emotions when predominantly good and social beings were suppressed. In the $ect as (not well but) bad as outside the $ect.
My first experience with the $ect I had in 1983 I didn´t join until years later.
Recently it has come to my attention through a client of mine that a single individual and source of trouble, Auditor and suppressor, around 2001 at least, we suspect, started practicing a certain modality of new-tech development that eventually culminated in this new-tech developer eliminating The Auditor´s Code, partly based on quotes by The Original Founder and partly based on his own callous research, experimenting with his own clients through the years, both through personal contact (physical presence) and over the phone.
He is, we very strongly suspect, the source point of not only breaking The Auditor´s Code but deliberately encouraging its breakage across the boards. He audited and trained a German fellar who implemented his principles and put them to use and to the test in a group setting, around 2006. This had catastrophic consequences when "Auditors" started breaking The Auditor´s Code left, right, front, back and center..."Auditors" disclosing sensitive data about their clients both with and witout the agreement of the clients. "Auditors" blackmailing their clients and recording them in order to avoid these clients exposing the "Auditor´s" crimes, etc. And this went on and still went on with the tacit consent of the not so highly trained nor processed ex-$ect members. We have seen ex´s who have had very anti-social, psychopathic and sociopathic $ect treatment joining the Free Zone and tacitly consenting to worse crimes there, in certain instances, than ever went on in the $ect. Not least because these "non-confessionable" individuals have misused their psychic abilities from running the L´s and from Captain bill´s Bridge as bad (not well) as new-tech case gains and also L. Ron Hubbard´s administrative work such as PR-tech, etc. in order to suppress the troublesome, "SP-CLIENTS" in question.
We have seen people doing practically the same as they did in the $ect, namely siding with corrupt management and corrupt tech terminals, not being able to correct their group members and friends, not even when these group members and friends screwed up BIG TIME and deliberately so, even using black tech and furthering whole packages of confidential BIG DATA bulk PC folder material to the authorities, helping thereby even the freemasons and the powers that be, in order to themselves get off the hook with the authorities concerning their crimes, the potential exposure of which (due to truth-seeking and also suppressed clients) threatened their existence!
We need to re-implement THE AUDITOR´S CODE in order to survive as an ethical group. and this is due to the nature of the case. THE AUDITOR´S CODE not only protects the pc, it also protects the Auditor from going astray, and thereby The Auditor´s Code protects the human race until it gets its awareness and consciousness up the point where it can realize that there are not ultimately multi-verses. There is one universal cosmic divine consciousness in cosmos.
I thank all of you who have helped me verbalize this, not least my most recent renegade client
The conclusion must be that most adherents of The Original Founder were/are blindly adhering to even the unsubstantiated parts of his work, to the degree that they were willing to enter the valence of atheism, being their own and only God and divinity, to the detriment of all, as the case can never be solved without the intervention of the truly divine. And that´s why we don´t see any "OT" accomplishments amongst adherents of The Original Founder, or from him himself, that can rival the accomplishments of being cause over matter, energy, space and time as demonstrated by Sri Sathya Sai Baba.

It is not easy to keep in The Auditor´s Code, we admit, and that is partly due to the fact that the case has never really been solved by anyone, neither in the $ect, nor in the Free Zone (we use this term about good and decent ex´s) / $ect version 2.0.

Please wake up people and start researching each and every datum that you implement as truth into your consciousness, actually just as The Original Founder prescribed but din´t completely do himself

The truth is now prevailing!

Recently my most awake pc made me aware that I need to abandon the urge to act from both sides of the spectrum of dualistic life. In order to achieve ascension and enlightenment, I must weed out all darkness and dark actions and only strive to act good. I may postulate of course that justice be done and that the darkness be dissolved, but if I were to consciously engage in de facto evil actions like the beforementioned new-tech developer and his disciples, I would fail utterly and ruin my life to the extent that I would stray from the light.

I wish my clients, you here, and each and every Being all my best.