The Wisdom of Aleksandr Solzhenitsyn

Karakorum said:
I would add this map as a nice counterpoint:

Granted, that map reflects the moment after the financial crisis, so things will look better across the board everywhere now.
Click to expand...

Not sure what the story is with Russia, but their population isn't that high for the size of their country either. Communist countries seem to encourage abortions at whim.

China has a deep seated reluctance to address issues and education about sex, so many people are very uninformed. Abortion is used as a primary form of birth control, since alternative knowledge is rather limited. Censorship is pretty oppressive.

Their conservatism over sex leads to some pretty strange things. One example is that they hire strippers to perform at funerals. The reason is to encourage bigger numbers of mourners to attend. Strippers in China are not like other places, we would probably recognise them as being more like the go go dancers of the 60s with a few additional things involved. 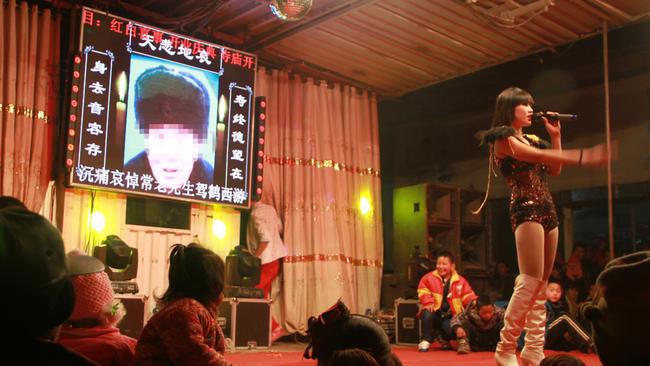 The_Fixer said:
Not sure what the story is with Russia, but their population isn't that high for the size of their country either. Communist countries seem to encourage abortions at whim.
Click to expand...

Well, I can tell you what the story is with Russia. And there's a lot of factors:

1. Widely available medical care, but of amazingly poor quality. Public infrastructure of all sorts is bad and ran-down.
2. Russia is both a conservative and ant the same time very hard-nosed, cynical culture.
3. Huge income disparity in the country overall.
4. Larger income disparity between men and women than in the west.
5. Overall a much greater emphasis on women's looks and youth than in the west.
6. Large regions of very impoverished and marginalized ethnic minorities.
7. The drug&alcochol problems are much smaller now than 10 years ago, but they remain big problems.
8. Pretty intense workload in comparison to the west, especially in white collar jobs. Its nowhere near as bad in scn, but working long overtime hours is pretty frequent.
9. Abortion and "the pill after" are often the primary birth control, for various reasons.
10. Corruption and nepotism is generally a big problem in Europe, moreso east than west. Russia is probably among the top worst offenders in this category. In a western corporation operating in Russia one can get promoted on results alone. In a Russian corporation, you need both results and "protection" from some higher-up.

So in the end it all leads to a lot of women having abortions because they don;t have the money and/or time to raise a kid. On the other hand (especially in large cities) it leads to a proliferation of "sugar daddy" agreements, "personal" GFE prostitutes etc. Young women from poor or minority backgrounds come to a place like Moscow to study or work... if they are pretty than it quickly becomes apparent that the most profitable career choice is to find a rich male sponsor.
Again: huge income disparity combined with a culture that idolized old well connected rich men as well as attractive young women.

One could say all of this happens in places like Germany or Belgium as well, but Russia cranks it up to 11.