The TRUTH about Tom Cruise: ex-scientologist Jon Atack reveals it all.

Karen#1 said:
These are the facts.
Jon Atack has spent the last 30 years researching and documenting Scientology facts. Jon Atack is a Scientology scholar.
He has probably done more Freedom of Information requests than any other person alive.
Documenting, Documenting Documenting from actual documentation.
He was the researcher for Russell Miller in the Book "Bare Faced Messiah" which was meticulously researched and fact checked
exhaustively so that it was bullet proof against law suits of course which never happened.

Side Bar note: The Cult called Scotland Yard naming Russell Miller as an AXE MURDERER. !!!!!
Russell and I had a good laugh on that one when we met in London.

Jon Atack had 20+ years of intense and brutal FAIR GAME costing him his life's savings and his home. He survived it all.
I interview with him for YOUTUBE monthly and and never fail to be impressed at his depth of knowledge on SCN history and implementation
of history and Hubbard.

Thank you so much for posting about the exceptional man, author, debunker, whistleblower and defender of human rights and freedom at great personal cost-- John Atack. He has such a wonderful love of knowledge and he shares it with real kindness and zen wisdom.

I have greatly enjoyed some of the very recent video interviews/discussions you have had with him on your YouTube channel (wait, i think that's where i saw those videos, or maybe here on ESMB).

Keep up the brilliant work John and Karen!

.
Last edited: Feb 14, 2022
"Scientology literally saved my life! Without Ron's books I would have frozen to death!" - Don Hubbard (see avatar) is Ron Hubbard's estranged & evil twin brother. As Founder of the Church of Hoaxology and bestselling author of "HOBONETICS", Don is the first human being to achieve the state of OH (Operating Hobo).

Bare Faced Messiah has been published and republished over and over by various publishers.
Russell Miller had Jon Atack do the leg work of digging the ditch to provide documentation, no author of any repute
makes it up out of whole cloth.
Russell Miller is a British journalist and author of fifteen books, including biographies of Hugh Hefner, J. Paul Getty and L. Ron Hubbard. While under contract to The Sunday Times Magazine he won four press awards and was voted Writer of the Year by the Society of British Magazine Editors. Wikipedia
Born: June 17, 1938 (age 83 years), London, United Kingdom
Children: Sasha, Tamsin Miller
Awards: British Press Awards Magazine Writer of the Year
Nominations: Locus Award for Best Non-Fiction, British Press Awards Magazine Writer of the Year

TheSneakster said:
In this case, John Atack seems a lot like some baseball fanatic who has only ever watched baseball games on T.V., telling all about the life of Hank Aaron, whom they have never even met or spoken with.
Click to expand...

Congratulations Sneakster! There is probably a Nobel Prize (or at least a jumbo "Freedom Medallion") awaiting you for creating a new rule governing all publishing and literature:


NOBODY IS ALLOWED TO WRITE ANYTHING ABOUT ANYONE UNLESS
THEY HAVE MET THEM IN PERSON AND LIVED WITH THEM 24/7, SO
THAT THE AUTHOR IS AN EYEWITNESS TO EVERY SINGLE THING
THAT HAPPENS IN THE SUBJECT'S ENTIRE LIFE SECOND BY SECOND.​
Experts have calculated the number of non-fiction books in the world at 457.5 Billion. By Sneakster standards, about 99% of those books would be ignored or censored simply because the author was not an eyewitness to every event depicted their books. Alas, Sneakster's new standard has just successfully eliminated historians, documentarians, investigative journalists and anthropologists because they are all "fanatics" too, just like John Atack, right? Because they didn't time travel in order to personally meet with and speak to Abraham Lincoln, Albert Einstein, Adolph Hitler, Aristotle, Leonardo Da Vinci, Nikola Tesla, Shakespeare or Sir Isaac Newton.

On the positive side of things, if Sneakster's guidelines were strictly enforced and all "fanatical" authors were banned, one could wake up one morning and read all published works about the history of the world before breakfast was served!

.
Last edited: Feb 14, 2022
"Scientology literally saved my life! Without Ron's books I would have frozen to death!" - Don Hubbard (see avatar) is Ron Hubbard's estranged & evil twin brother. As Founder of the Church of Hoaxology and bestselling author of "HOBONETICS", Don is the first human being to achieve the state of OH (Operating Hobo).

Don't make me laugh so hard.

Don't make me laugh so hard.

Wait, you didn't even get to the best jokes yet! LOL

We now transition to the next part of of our regularly scheduled programming. . . 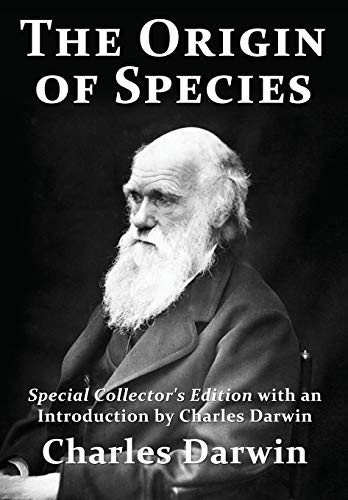 "What is this crap, some kind of joke or something?
This author is a fanatic, wanna-be & loser! And his book should
be banished to the fiction section—since Darwin never even
met with or personally spoke to a single cave man!"
-Sneakster (science critic and book reviewer)

.​
Last edited: Feb 14, 2022
"Scientology literally saved my life! Without Ron's books I would have frozen to death!" - Don Hubbard (see avatar) is Ron Hubbard's estranged & evil twin brother. As Founder of the Church of Hoaxology and bestselling author of "HOBONETICS", Don is the first human being to achieve the state of OH (Operating Hobo).
T

TheSneakster said:
Not even remotely my point or message.

You (and many others) seem to imagine John Atack as someone with god level insider knowledge of the Church of Scientology. He is not and was not an insider beyond his experiences as public pre-clear/pre-OT at St. Hill.

Like Veda, he has zero interest in any reports from people who really were insiders, if those reports run counter to the PR narrative he wishes to push. That makes him more of a propagandist than a historian.

Atack has gone so far as to just make up false facts: in particular, his claim that Hubbard was expressing approval of pedophilia in a particular quote-mined out-of-context sentence in Dianetics: The Modern Science of Mental Health.

Oh give me a break. You have just accused me of doing what you are doing.

This is the first time that I have read and/orheard Jon Atack and n I w you are telling me I regard him as a God?