During our discussion on an other thread, where we disagreed on some points, Karakorum provided a lot of valuable backround information, and did some valuable research. Karakorum provided documentation that definitively debunked the "Komkozadamanov" lie.

Here are pages 1,2, and 5 of the confidential Scientology Intelligence issue, Intelligence Actions, Covert Intelligence Data Collection. It was written shorty after an article appeared in the Times of London exposing Hubbard's involvement with Parsons in Pasadena in December 1945 and early 1946. Hubbard wrote this for his inner circle Intel people.

Link to the complete document.

For the general public, who might have been "enturbulated" by the Times of London article, the story was circulated that Hubbard (as a prestigious Naval officer) "had been sent in by Naval Intelligence to break up a black magic group."

The tenth paragraph down, on page two - a big paragraph - beginning with "The enemy objective is to discredit," is pertinent to this discussion. Hubbard insists that Sara's real name is "Sara Komkovadamanov (alias Northrup)."

One would have thought that Hubbard would have known about Sara's father as you described him, but he didn't mention it.

"A family of criminals" would have had a nice ring to it. I guess Hubbard thought the "Commie angle" would "work" better.

No one suspected because it was RON, their "greatest friend," doing it, and they were all together fighting the enemy to save the planet, etc.

To refresh our memories, here's Alva Rogers account from the beginning of this thread:

In ads placed in the local paper Jack specified that only bohemians, artists, musicians, atheists, anarchists, and other exotic types need apply for rooms - any mundane soul would be unceremoniously rejected. The ad, needless to say, caused quite a flap in Pasadena when it appeared...

Betty, [Elizabeth was Sara's middle name] who had been living with Jack for a number of years, complemented him admirably. She was young, blonde, very attractive, full of joie de vivre, thoughtful, humorous, generous... However this tranquil relationship was soon to be exposed to pressures, from a most surprising source, that would lead to its disintegration.

It all began on an otherwise undistinguished day in the late fall of '45 when we got word that L. Ron Hubbard was planning to wait his terminal leave from the Navy at 'The Parsonage'... Ron arrived on a Sunday, driving an old reddish Packard and hauling a house trailer...

I liked Ron from the first. He was of medium build, red headed, wore horned rim glasses, and had a tremendously engaging personalty. For several weeks he dominated the scene with his wit and his inexhaustible fund of anecdotes... Unfortunately, Ron's reputation for spinning tall tales (both off and on the printed page) made for a certain degree of skepticism in the minds of his audience. At any rate, he told one hell of a good story... 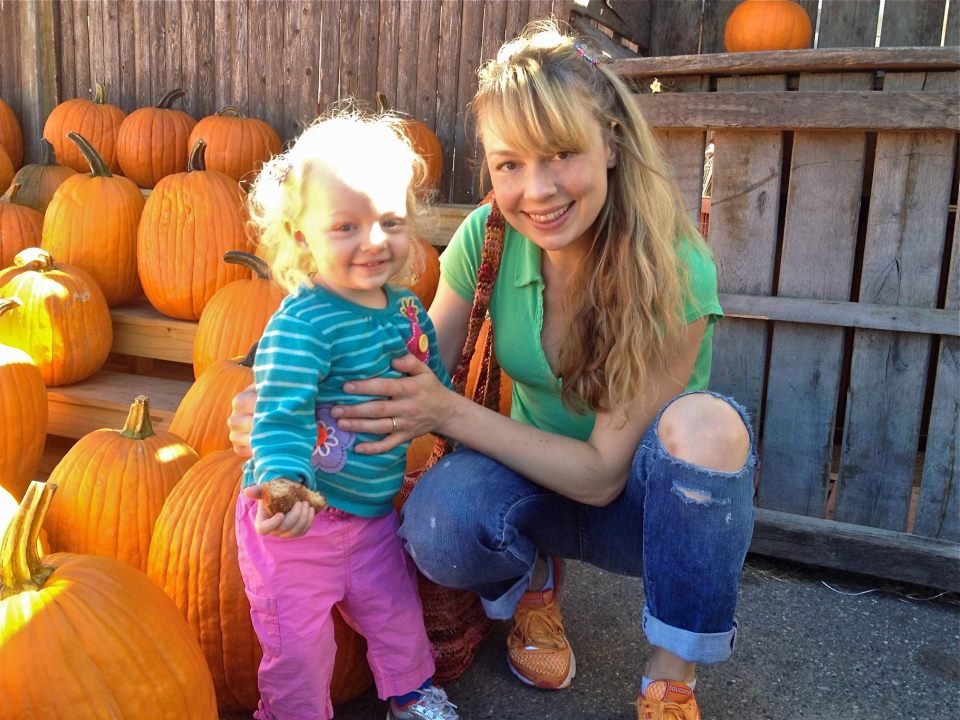 Quote:
"Northrup’s life was already filled with sexual abuse. She’d been molested by her father from a young age, a trauma that likely explains why she was already sleeping with Jack Parsons by age 13. "
Source: 10 Tragic Facts About Sara Northrup, L. Ron Hubbard's Wife - Listverse

Quote:
Olga (Sara's mother) had remarried to a man named Burton Northrup. Though her three daughters from her first marriage had taken Northrup’s name their marriage had been far from happy. He was reportedly abusive towards the girls, including his own two daughters with Olga, and was imprisoned for financial fraud in 1928.
Source: https://headstuff.org/culture/history/jack-parsons-occult-rocketman/ 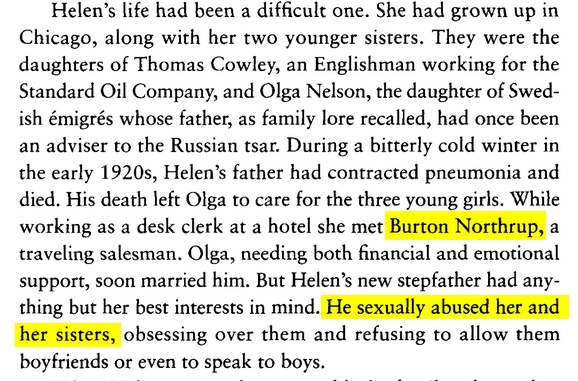 Hubbard lied. Not least because "Komkovadamanov" isn't even a valid Russian surname. It might sound Russian to someone not familiar with the language, but it is not. Trust me, I'm a Russian speaker.

My best bet is that Hubbard assumed that the feds back in the day couldn't care less about an abusive parent, but they would be interested in a Russian communist spy. So he did what he would usually do: he tried to lie to them and make up fantastic tales of spies and intrigue.
Click to expand...

I haven't read Strange Angel. Does this come from Strange Angel? which was originally a book, but also became a television drama series.

After 1951, as far as I know, Sara only gave one interview and that was during 1986 for the book Messiah or Madman? She then, when she was ill towards the end of her life, around 1996, made some cassette tapes recounting her experiences. Her daughter contacted me in 1997 for advice on where these cassettes could be forwarded for safe keeping. I've not listened to the tapes, but I see that segments of them have been used. Does Strange Angel quote from them?

I'm unclear as to the original sources of the information. Some of it would likely derive from court or other public records, which a researcher might uncover. The rest sounds as though it might be recounting or testimony. But from whom?

Was it from Sara?

As for "Komkovadamanov," that's already being cited as true by at least one non Scientology "source," and is on its way to becoming an Hubbardian "factual fact," by reason of being "agreed upon" by enough people.

A similar thing happened to Hubbard's hoax Russian Manual which was picked up by right wing and evangelical pundits and groups during the 1950s, 1960s, and 1970s, who absolutely believe it's authentic.

That Sara and her sisters were abused is entirely plausible, and does make sense.

That, however, doesn't make Jack Parsons an "enforcer," or Hubbard a cult victim.

But thanks again for the excellent research, especially the definitive debunking of the "Komkovadamanov" nonsense.
Click to expand...

Last edited: Nov 1, 2021
Mirror of The Scientological Onion
And the ESMB Web Site, plus
the Original ESMB Message Board

I think the more valuable post from me about this issue was here. because that's where I explain why the surname doesn't make sense in the Russian language context.

So let me re-post the relevant part (I've also added the last bulletpoint, since some people might find it amusing):