Scientology: Why it’s totally a cult and why you’re 100% right

If you would have had the internet back in _________ (Fill in your starting year) would you have joined?

SuperstarNeilC said:
Scientology: Why it’s totally a cult and why you’re 100% right

1. How many years has he been involved in Scientology?

Dotey OT said:
If you would have had the internet back in _________ (Fill in your starting year) would you have joined?
Click to expand...

I guess everyone else is over in the "pit."

I probably would have allowed someone to tell me to park my concerns aside and do courses and see what happens.
S

programmer_guy said:
1. How many years has he been involved in Scientology?

Dotey OT said:
If you would have had the internet back in _________ (Fill in your starting year) would you have joined?
Click to expand...

There's lots of information on the Internet. That doesn't mean it will be examined or taken seriously.

There was lots of information easily available to people through public libraries during the 1960s and 1970s. Some went to the library - which, to those younger readers, was a building containing books, magazines, and periodicals, with card files for books, and giant index/reference books with lists of magazine/periodical articles, arranged alphabetically by subject - and, once at the library, spent a few hours researching. It wasn't difficult to do.

Some didn't bother. Other's did, but disregarded what they saw. Other's saw, and decided to avoid Scn.

Link to Chronology of publications on Scientology, most of which was easily available before the Internet existed.

All it takes is one positive experience, or one person that is liked or respected, to cause someone to disregard other contrary information.
Mirror of The Scientological Onion
And the ESMB Web Site, plus
the Original ESMB Message Board

HelluvaHoax! said:
..
Scientology can handle that.
Click to expand...

“Necessity is the plea for every infringement of human freedom. It is the argument of tyrants; it is the creed of slaves.” -William Pitt the Younger

SuperstarNeilC said:
Scientology: Why it’s totally a cult and why you’re 100% right

.
Using my paranormal abilities and tone 40 "confronting" powers, I was able to keep watching that video until the four-minutes & seven-seconds mark. It was not easy. lol. But then I had to turn it off because there is a part of my reactive case that Scientology didn't handle---my lack of masochism.

I tried to see the world of Scientology as he saw it. From Scientology's perspective. I know quite a bit about that.

Here is what I saw:

He is utterly clueless what he is lecturing about. This is a famous Scientological personality trait. It's the very same "tone 40 certainty" possessed by L. Ron Hubbard and lesser Scientologists who dream of one day becoming "total cause".

Unbeknownst to himself, he is on a routing form. The end destination of that routing form that Scientology put him on is to one day become a mega donor to the cult. He admires Grant Cardone who navigated that very same routing form many years ago. He wants to be like Grant. If he succeeds, one day Brad will be called up on the stage where thousands of small Scientology beings will wildly applaud him as one of the few and rare big beings who "made it" to OT. They will know that because Brad will be given a jumbo-sized bowling trophy for saving mankind and the planet by writing a check to the IAS or IDEAL ORG racket.

Brad so very badly wants to be an expert about Scientology. He's been in the cult for a few months and now he is lecturing. LOL. He brilliantly and expertly explains why Scientologists refuse to talk to the media/press. It's because the media/press are evil and want to destroy anyone who is helping others. Brad knows this for sure. Brad doesn't know about the THOUSANDS of times that Hubbard, Miscavige and their spokespeople attempted but badly failed to interact with the media. They failed because they are cringefully inept liars who get very easily get flustered, angry, stupid and "shattered" under simple questioning. The cult of Scientology doesn't answer questions to the media because liars are not able to answer questions. They are only able to LECTURE. Brad has now joined the elite band of Scientology lecturers. LOL.

ps: Ever notice that amongst Hubbard's thousands of audiotaped lecturers, nobody is every allowed to ask him any questions?

pps: Brad also doesn't know about the "Hubbard Law of Commotion" which provides two entirely contradictory answers to any question someone could possibly ask a Scientologist. Because, for every policy, code and piece of tech in Scientology, there is an equal and opposite policy, code and piece of tech. Ergo, when Brad offers the delusionally dumbed-down talking point that (paraphrasing) "Scientology refuses to answer questions to the media because they are evil" Brad has no slightest clue that in the "green volumes" in every org's bookstore there is something called "Scientology Senior Policy" that states:


"ALWAYS ANSWER PEOPLE'S QUESTIONS"
​
But, never mind the fact that Brad is clueless about what he is authoritatively briefing you about. Don't interrupt him or ask any questions because Brad is "lecturing"—and demonstrating one's unshakeable certainty and knowingness is a sacred religious ritual within Scientology.

Good luck Brad. Your routing form inside that cult is exponentially longer and more costly than you can possibly imagine. Hopefully you will fail on that routing form and (by doing so) win the grand prize---being able to resume your normal life.


.
"Scientology literally saved my life! Without Ron's books I would have frozen to death!" - Don Hubbard (see avatar) is Ron Hubbard's estranged & evil twin brother. As Founder of the Church of Hoaxology and bestselling author of "HOBONETICS", Don is the first human being to achieve the state of OH (Operating Hobo).

"I just may be the lunatic you're looking for."

HelluvaHoax! said:
Here is what I saw: <snip for brevity>
Click to expand...

Utterly wonderful post! It's as if you have a "seer stone" (ala Joseph Smith)
and can see present and future accurately. Astounding! Luv it! 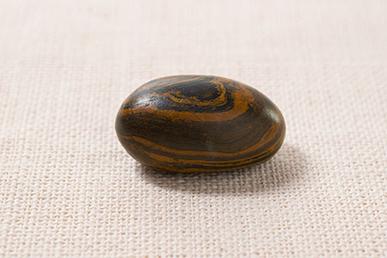 One thought I had about this guy . . . I sometimes feel a little guilty that we
mock him publicly on this board . . . but then he has gone public with his cause,
so he's free game. It's sorta odd that people put their adventures into personal
mental therapy and discovery -- which is what this all is, after all -- out into the
public domain. It's just an strange deal. Someday he'll regret making the videos.
You have to lie every day to sustain a fantasy.

Other than that, he should stop making his videos right after dinner. His stomach movements are reflected in his diction and it's really annoying.
Stable exterior to scientology with full perceptions on its real nature.

He said you might not believe this, little fella
But it'll cure your asthma too