Squeeze My Cans shows by Cathy Schenkelberg about Scientology

Squeeze My Cans shows by Cathy Schenkelberg about Scientology.

For prior coverage, please see the following on the original ESMB: 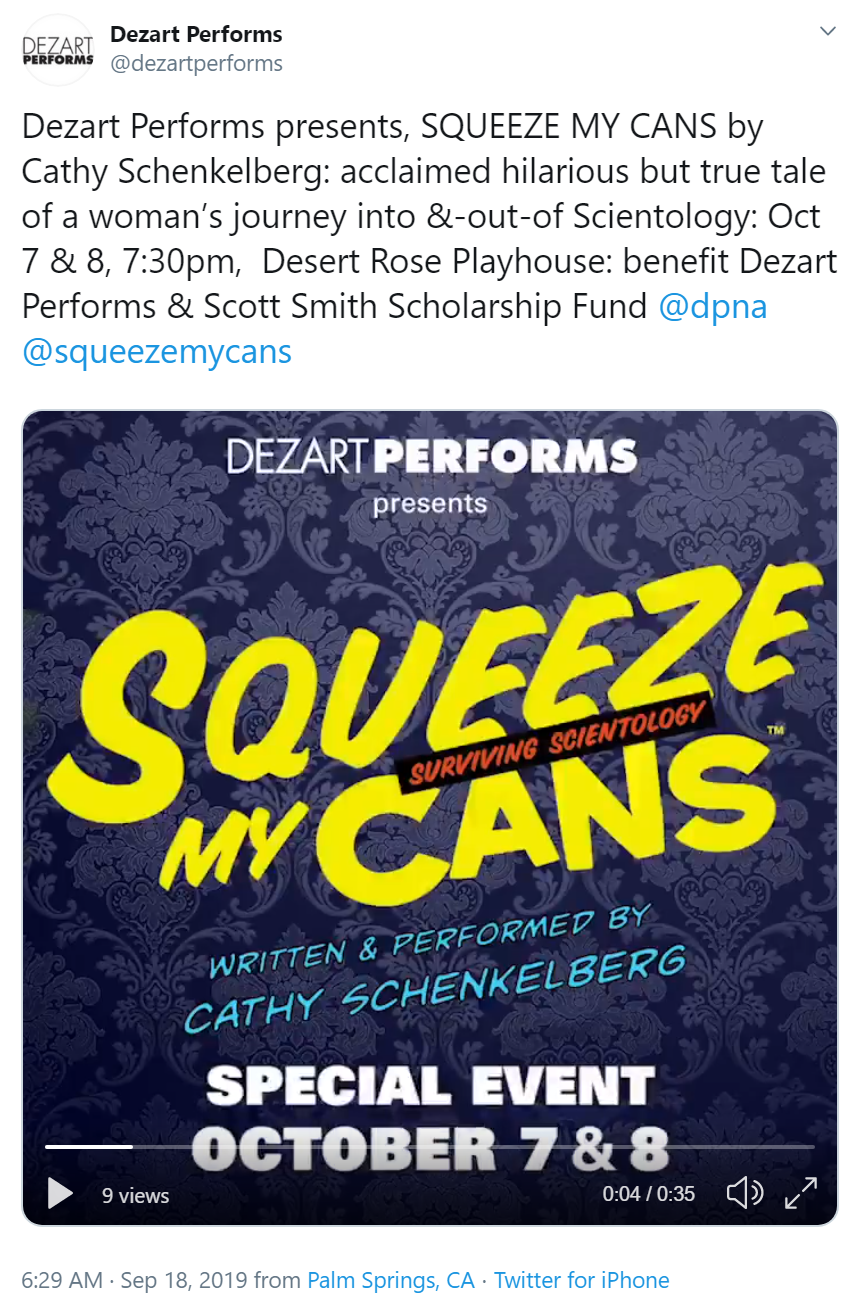 Cathy Schenkelberg is coming to the valley to perform her renowned one-woman show, Squeeze My Cans: Surviving Scientology, for one reason: Scott

Schenkelberg finally decided to make a break with Scientology for two reasons: She was running out of money, and the church started to come after her daughter.

“People who see the show will see, in 75 minutes, how someone can be indoctrinated,” she said. “Keep in mind (that when I started in Scientology in the 1990s), I didn’t have Google; I didn’t have the internet, and once you’re in the church, you can’t look at the internet.”

Schenkelberg said that although her show is about her experience in Scientology, its themes are universal.

“Each time I perform, I realize that this isn’t just about Scientology. It’s about anything anyone is afraid to leave,” she said.

I had to ask: What’s the story behind the name of the show?

“I was having a drink in L.A. with my agent. I said, ‘Eric I need a name for my show.’ And he says, ‘Squeeze My Cans.’ He used to always mock me when I was auditing … where you use the e-meter, which is like a lie detector, and connected to the e-meter are two metal cans. So it’s a play on words,” she said with a laugh.

Thetans, Xenu, and Laughter, Oh My

Equal parts hilarious, heartbreaking, and horrifying, international award-winning Squeeze My Cans is one woman’s rollercoaster ride down the rabbit hole of Scientology, and her treacherous climb back out.

Schenkelberg credits her daughter with convincing her to leave the church. She had opposition to many of their teachings: they were anti-gay; she had gay friends. To make her understand their point of view, no kidding, she had to make clay figures out of playdough and then act out scenarios with the figures. We won’t even get into Xenu, the galactic overlord. But she was compelled to leave when the church began whispering in her daughter’s ear about joining the SeaOrg (which came with a billion year contract), she grabbed her best girl and fled. But it wasn’t easy.

Proceeds from her performance will go to Dezart Performs and the Scott Smith Scholarship Fund. 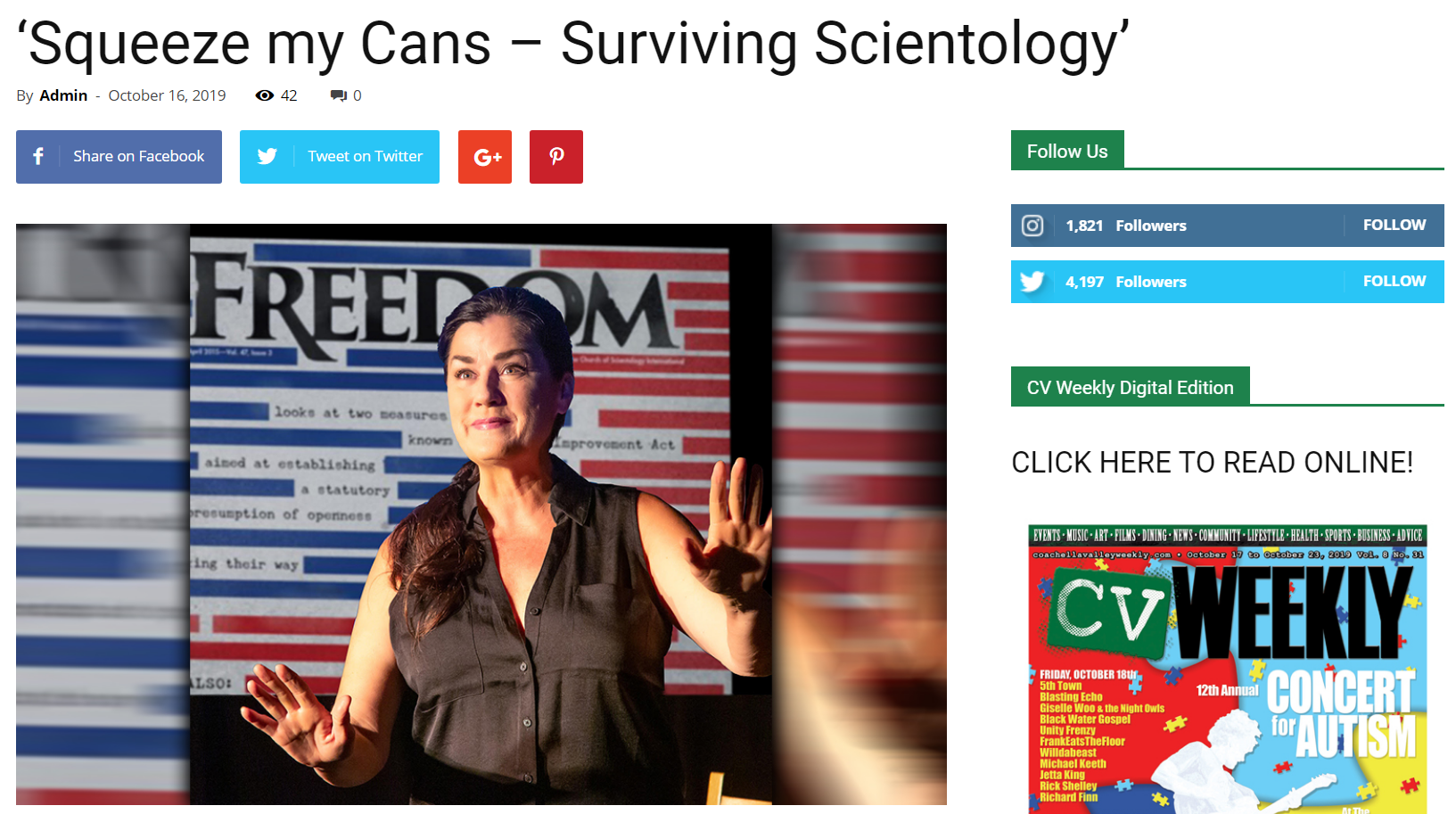