Scientology Patron Meritorious Joy Villa appears as a QAnon supporter in the HBO docuseries “Q: Into the Storm"

Scientology Patron Meritorious Joy Villa iappears as a QAnon supporter in the HBO docuseries “Q: Into the Storm."

The Michigan Daily: ‘Q: Into the Storm’ uncovers a conspiracy theory like no other

‘Q: Into the Storm’ uncovers a conspiracy theory like no other

What is QAnon, and who is the alleged Q? These are the questions film producer and director Cullen Hoback (“What Lies Upstream”) attempts to answer in HBO’s “Q: Into the Storm.” In this six-part docuseries, Hoback investigates the QAnon conspiracy, its followers and the person behind the...

“Q: Into the Storm” succeeds in including a wide range of QAnon supporters from parents to celebrities, such as singer Joy Villa.


Villa's appearance in the docuseries as a QAnon supporter is also reflected on her IMDb profile under the heading Archive Footage.

By way of background, the Wikipedia article on QAnon memorializes Joy Villa's support of QAnon. 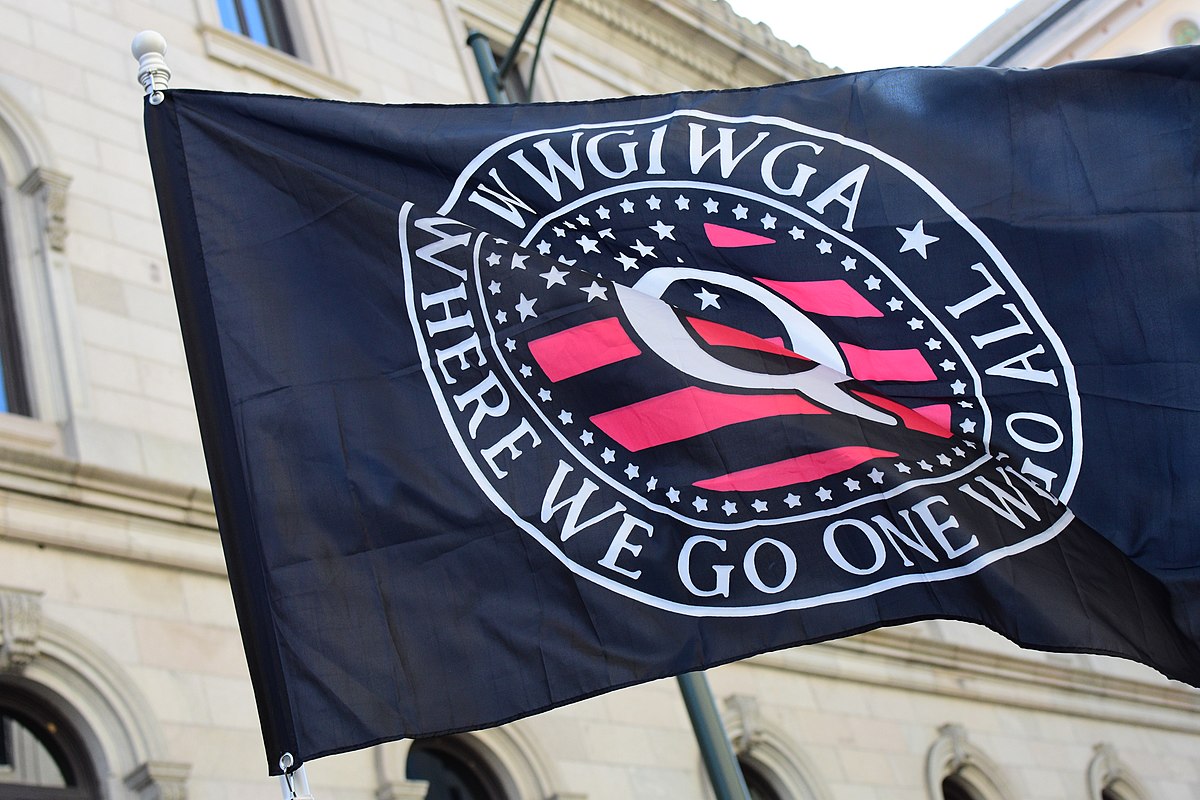 In August 2019, a "Digital Soldiers Conference" was announced for the following month in Atlanta. The stated purpose was to prepare "patriotic social media warriors" for a coming "digital civil war." The announcement for the event prominently displayed a Q spelled in stars on the blue field of an American flag. Scheduled speakers for the event included former Trump aides Michael Flynn and George Papadopoulos, as well as Gina Loudon, a Trump friend and member of his campaign media advisory board, singer Joy Villa, and Bill Mitchell, a radio host and ardent Trump supporter.[164][165]


This was also covered on the original ESMB:

By way of further background, the Wikipedia page for Joy Villa notes:

Villa has supported the far-right QAnon conspiracy theory, and has on a number of occasions worn QAnon-themed clothing accessories.[26] In September 2019, Villa was scheduled to speak at the QAnon-themed "Digital Soldiers Conference", which was later cancelled.


Two photos linked in the above story.

Thank you. That was quite an artical.
Click to expand...

ISNOINews said:
This was also covered on the original ESMB:

An image that I posted to the thread on the original ESMB:

Tony Ortega has a story about the connection between Scientology Patron Meritorious Joy Villa and QAnon.

Tony's story is excellent and important. Read it all.


The Scientology-QAnon connection that showed up in HBO’s ‘Q: Into the Storm’


The Scientology-QAnon connection that showed up in HBO’s ‘Q: Into the Storm’ | The Underground Bunker

One of the ways that our worlds collided was the moment during HBO’s terrific six-part look at QAnon, ‘Q: Into the Storm,’ when well known Scientology grifter Joy Villa showed up in it. We heard from a lot of people about that, but we didn’t think it was worth a story. We’ve thoroughly examined Joy’s past as a Scientology climber, and it just doesn’t seem to matter to her marks.

But then one of our readers pointed out that we ought to take another look at Joy’s brief appearance in the series because of the person she’s seen with in the photo above. ****