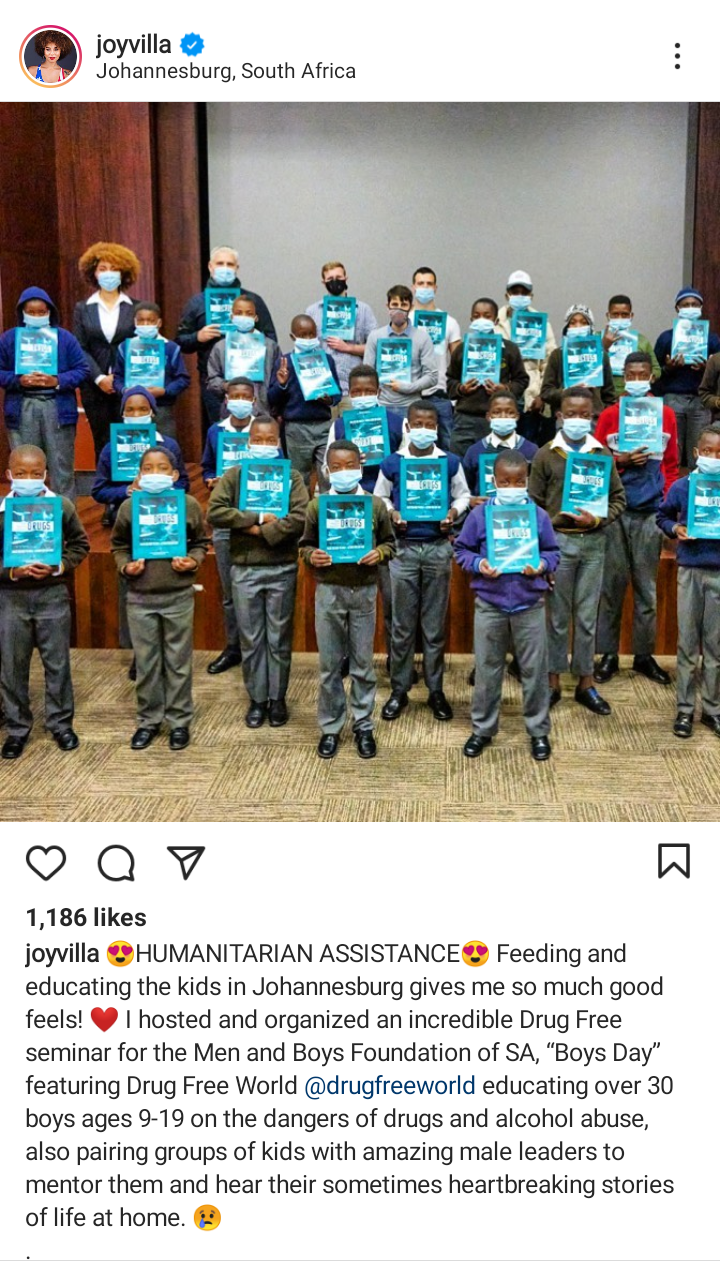 HUMANITARIAN ASSISTANCE Feeding and educating the kids in Johannesburg gives me so much good feels! I hosted and organized an incredible Drug Free seminar for the Men and Boys Foundation of SA, “Boys Day” featuring Drug Free World @drugfreeworld educating over 30 boys ages 9-19 on the dangers of drugs and alcohol abuse, also pairing groups of kids with amazing male leaders to mentor them and hear their sometimes heartbreaking stories of life at home.

We must protect and help our boys so they can grow into strong and healthy men. want to help get involved? Please email me (link above) and we can help in difficult times, together!

OK Magazine: Who Will Replace Meghan McCain On 'The View'? 7 Outspoken Conservative Women Who Would Fit Right In 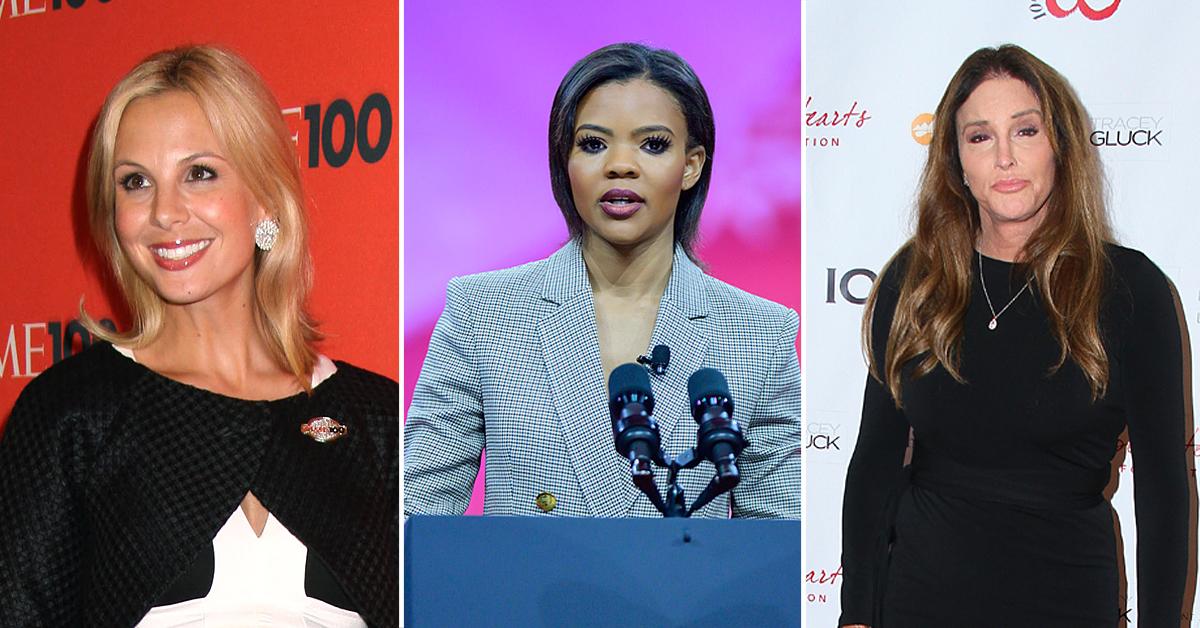 Who Will Replace Meghan McCain On 'The View'? 7 Outspoken Conservative Women Who Would Fit Right In

Meghan McCain announced her departure from 'The View' on Thursday, July 1, leaving a spot open at the table. OK! looks at possible replacements.

Following Meghan McCain’s shocking announcement she will be departing from chatfest The View after four years — and many clashes with her cohosts — at the end of July, many are wondering who will carry the torch as the token Republican on the daytime talker.

As The View heads into its 25th season this fall, who will sit alongside Goldberg, Joy Behar, Sara Haines, Sunny Hostin and fill-in host Ana Navarro on the legendary talk show? OK! takes a look at seven conservative women who could potentially replace McCain on The View.

Villa is a staunch Trump supporter. At the 2017 Grammy Awards, the singer walked the red carpet in a red, white and blue mermaid gown with President Trump's campaign catchphrase "Make America Great Again" written across the front. Again, at the 2020 Grammy Awards, she wore a dress supporting Trump's failed re-election campaign. As a woman of color, Villa would be a refreshing, youthful voice on the show.

Scientology Patron Meritorious Joy Villa says that Mayor of New York Bill "de Blasio and all the other covid power grabbers need to be arrested."

Scientology Patron Meritorious Joy Villa says that the Director of the CDC "should be arrested for treason against the American people."


The theme of the song is the same as one on the "solutions" taught in the Scientilogy course Solutions for a Dangerous Environment, which is to essentially ignore the news.