Political candidate, comedy routine, or both? 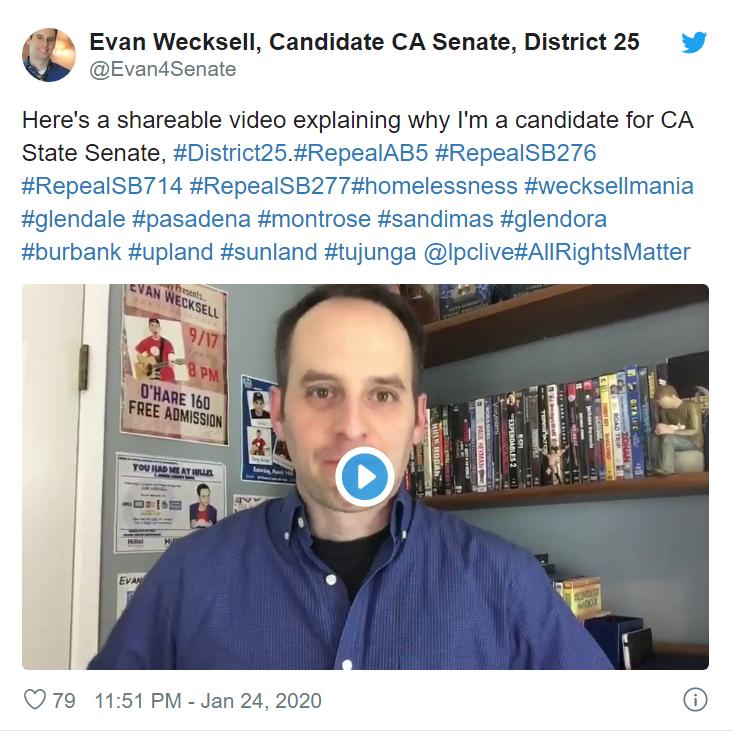 As Tony Ortega notes, District 25 is "a solidly Democratic district that includes the cities of Pasadena and Glendale as well as a Democratic incumbent."

I have some more information.

Evan Wecksell is not on the Certified List of Candidates for Voter-Nominated Offices for California State Senate District 25 or any other office:

Ballotpedia confirms he is not an official candidate for California State Senate District 25:

As Tony Ortega notes, Wecksell is apparently running as a write-in candidate.

Beginning at 1:06 of his Twitter announcement video, he claims "institutionalized discrimination came to us from SB 276, SB 714 and SB 277," the measures that strengthened the mandatory school vaccination law in California, and wants to repeal these measures. He further claims his child is being punished "for being injured by a vaccination." See: 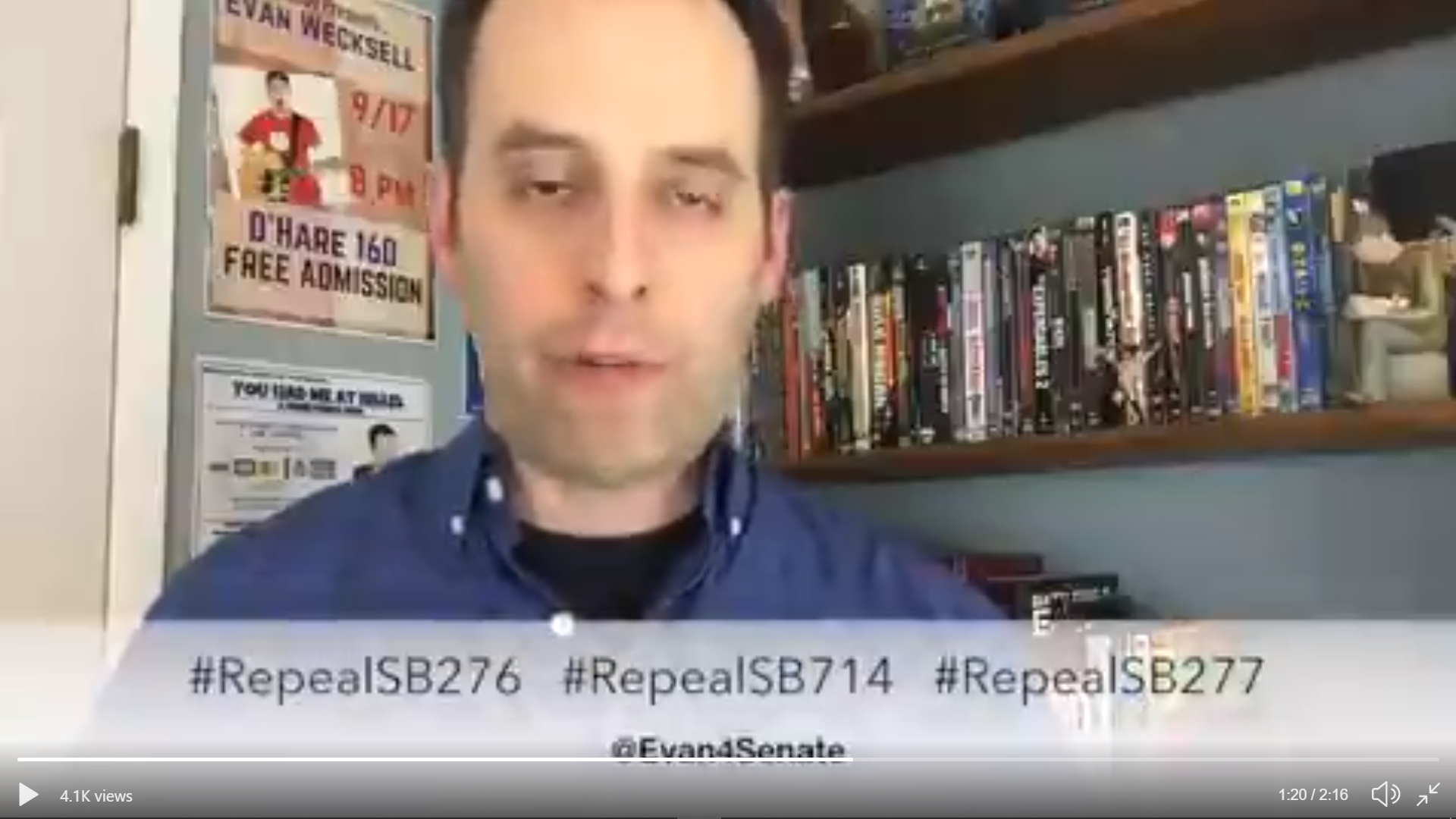 As Tony Ortega indicates, Wecksell's campaign website, such as it is, links to the Libertarian Party platform:

Thank you for showing interest in my campaign for state senate. This is very grassroots. So grassroots that I am still getting rolling. A full-fledged campaign website is on its way with my background, issues, volunteer info and how to make donations.

In the meantime, you can check out more about me here (funnyevan.com) or here (evansbreakthroughtutoring.com) or hear my podcast here (awkwardwithevan.com).

Prior to the March 3 primary, the campaign will be more organic relying on word-of-mouth, social media, unique video content, small events and some public appearances. Because the incumbent is running unopposed I hope to create the awareness necessary to advance to the final two and then we roll!

Let’s take back California and remember all rights matter!!

Tony Ortega notes that Wecksell is "OT." In fact, Wecksell has two pages of Scientology Service Completions and has completed OT 6: 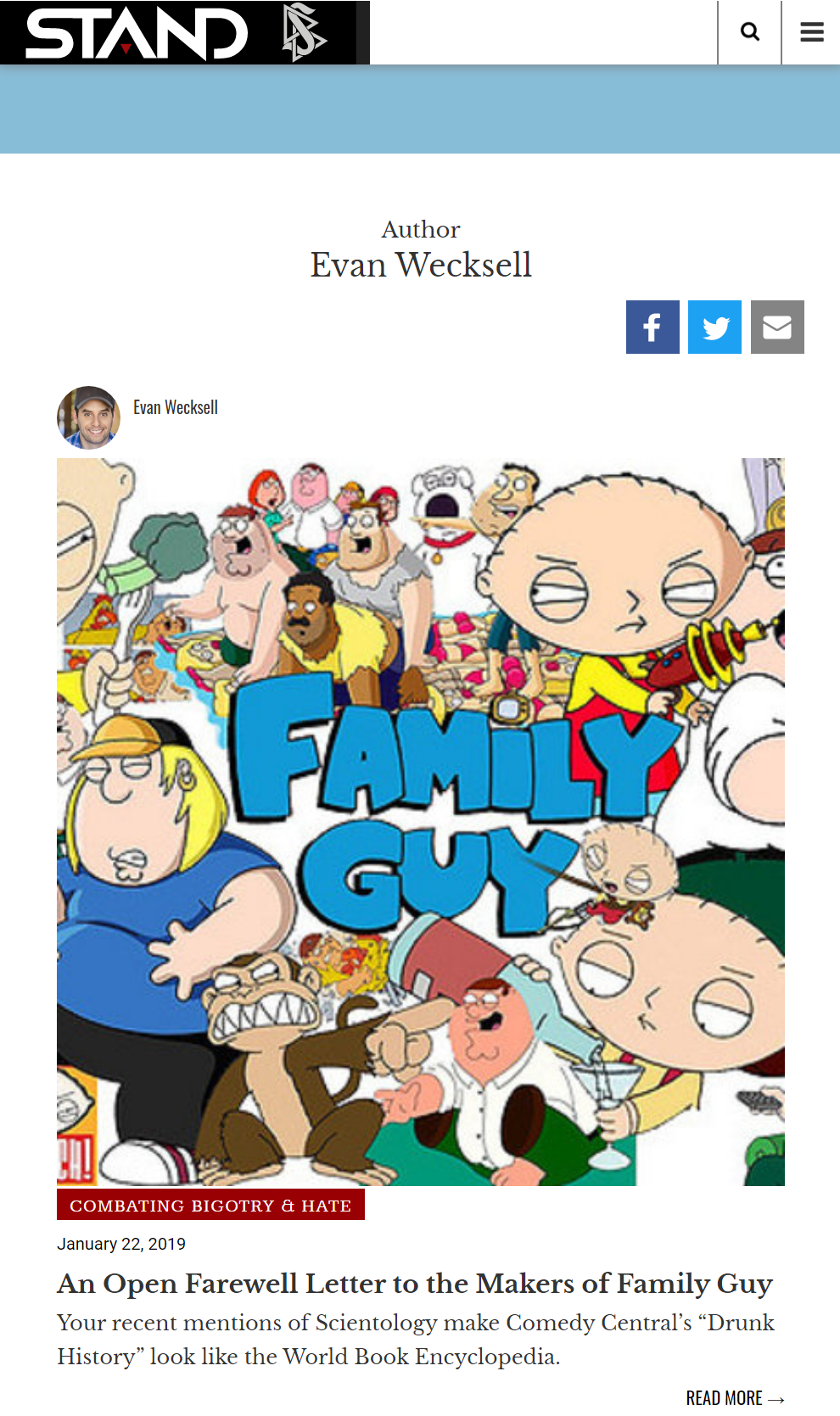 As recently as 12/7/19, Wecksell performed at the Church of Scientology Celebrity Centre in Los Angles. 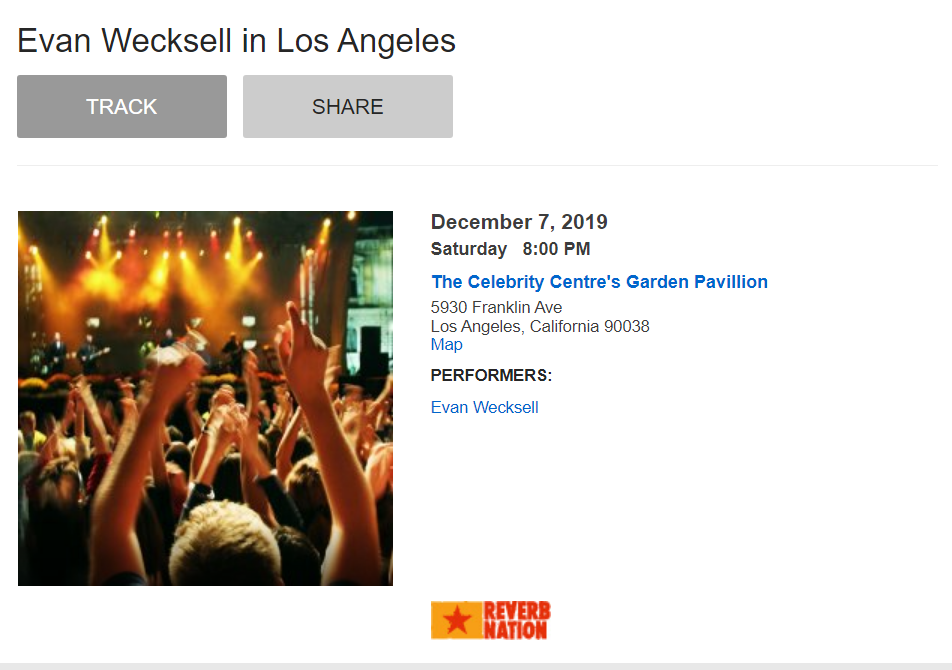 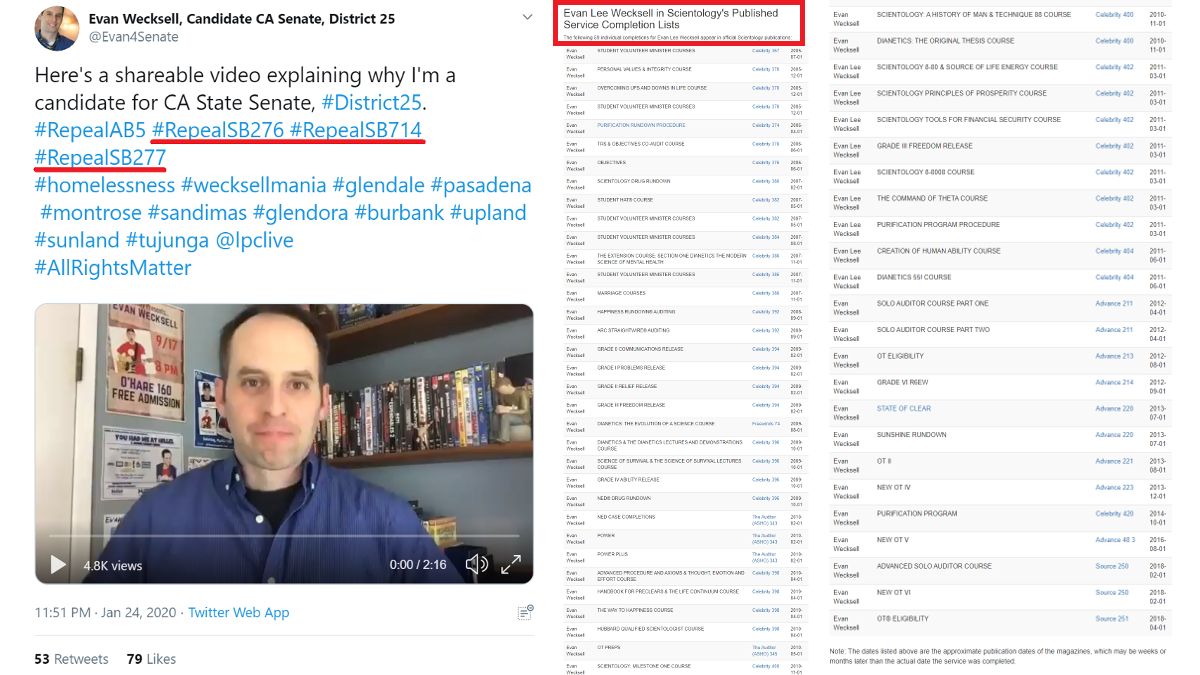 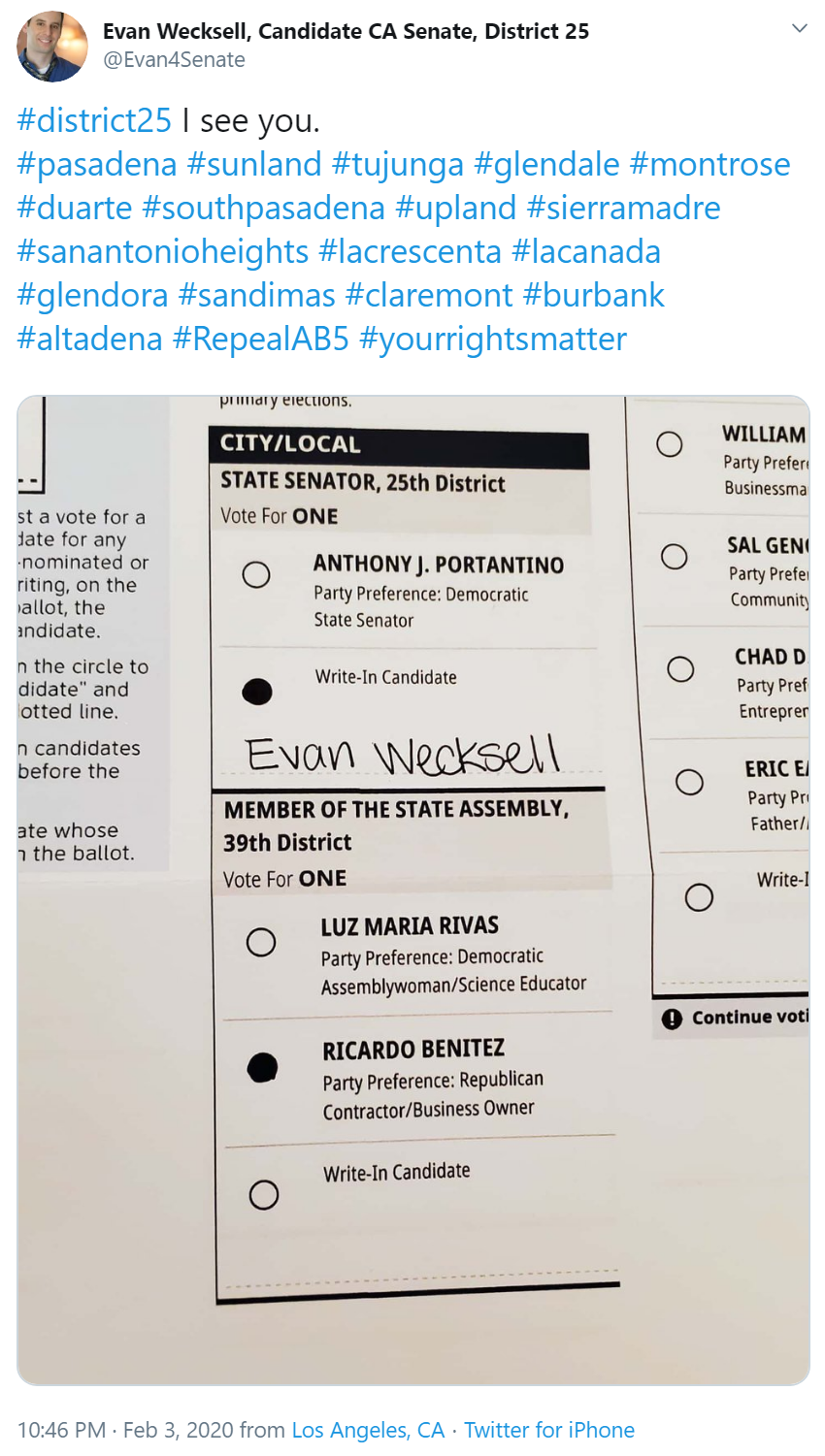 Evan Wecksell has a GoFundMe page for his campaign.

I was fortunate enough to have my political party call me to gauge my interest in running against an unopposed incumbent who has been complicit in stripping away a slew of our personal and civil freedoms. Welcome to California. I break it down here:

Is California Violating Your Human Rights?

Let me make this clear from the get-go: I am not a politician. I am simply a father, husband, comedian, tutor, author, podcaster, freelancer, etc. And I have seen too much corruption from inside California's State Capitol permeate throughout the state taking out innocent populations while not addressing the real problems challenging my district. Sound familiar?

To make myself a viable option as a candidate I do have some basic start-up expenses:

This is the ultimate underdog story and I have no corporate lobbyists, media or PACs behind me. Just people. And we're taking back our district and state. 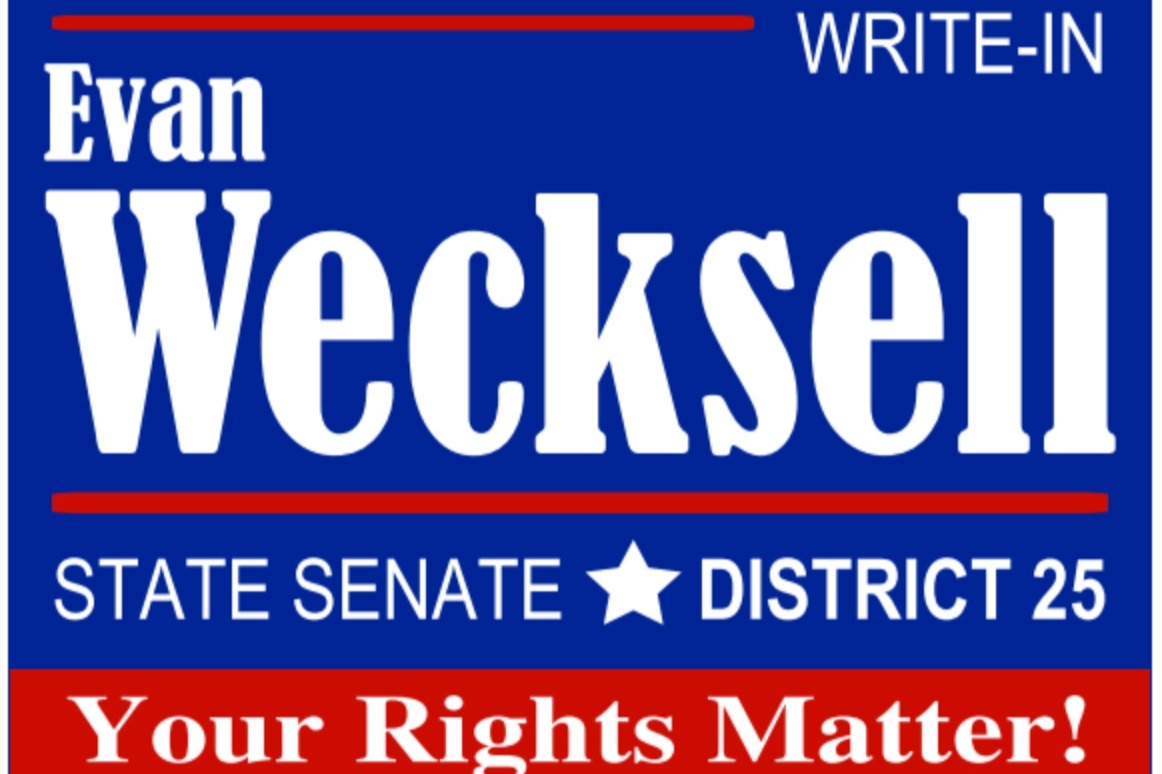 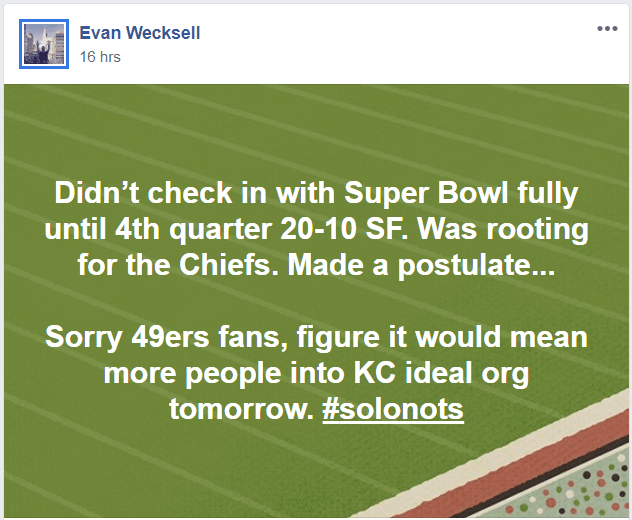 California State Senate District 25 candidate Scientologist Evan Wecksell endorses a South Dakota bill that would eliminate all vaccine requirements for preschool and school, and prohibit them for college. 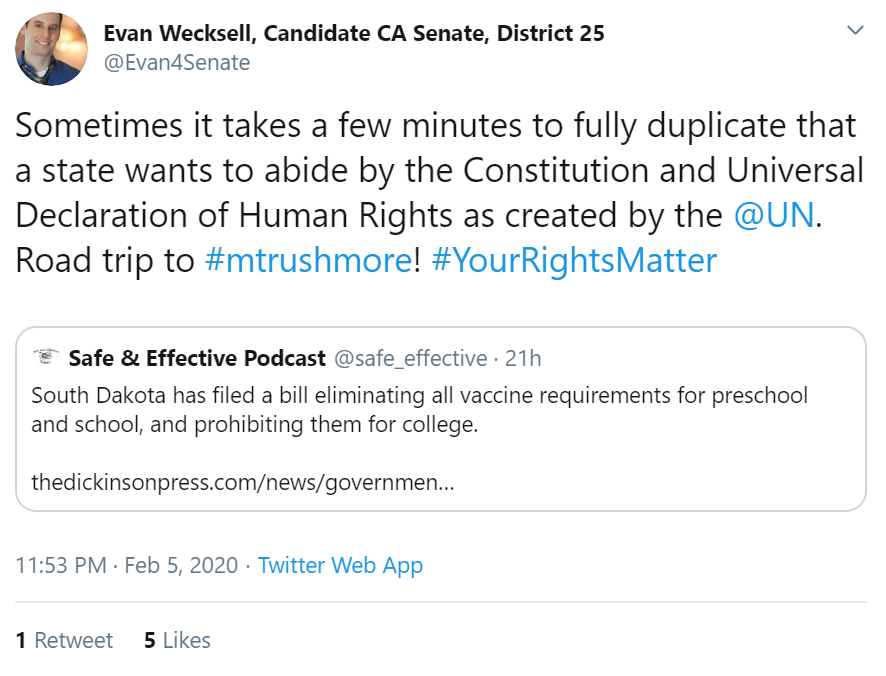 THE RIGHT TO WORK

California thinks it knows what is best for you. They want the state to be one giant union. That's not how life, liberty and the pursuit of happiness works.

THE RIGHT TO AN EDUCATION

The right to choice where to go to school should not be attained through medical tyranny and coercion. Manufactured propaganda must be silenced and choice must be restored.

The state wants to monitor you and censor your online communication. Ironic since California is home to the creativity and innovation of Hollywood and Silicon Valley, respectively. 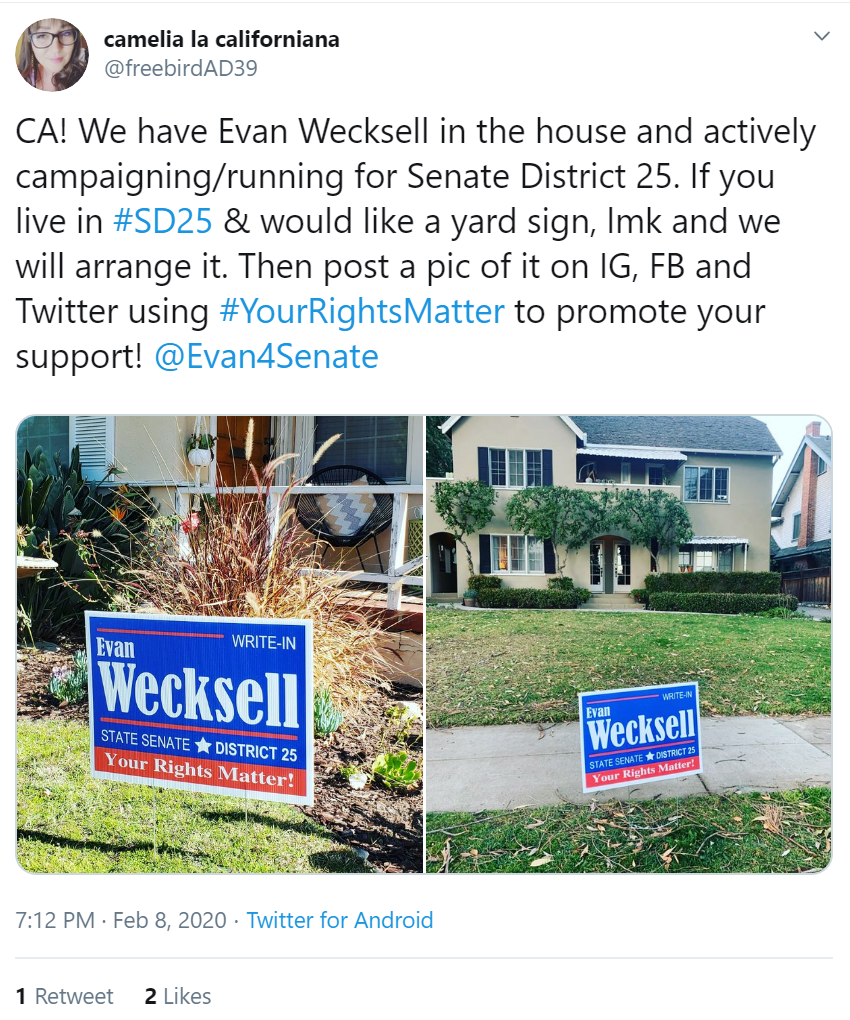 At the 2017 Grammys, Singer/Songwriter Joy Villa grabbed headlines when she debuted her Trump-inspired “Make America Great Again” dress. The intense publicity immediately shot her “I Make The Static” album to the top of the iTunes & Amazon charts. It even debuted in the top 15 of the Billboard 200! Now Joy, also a Facebook friend of Evan, joins him on SOCIALLY AWKWARD!

Hear how her life is different since the Grammys (5:19), where is the dress now and whether Joy thinks 2015’s “The Dress” is black & blue or gold & white (8:30). Plus, Joy’s musical influences behind her albums (18:39) and what it was like walking in NYC for 10 hours wearing pro-Trump clothing in a social experiment that debuted on Fox News. (12:42) And in a Socially Awkward first, Joy and Evan discuss Scientology and how she knew it worked for her while keeping with her Christian beliefs. (22:00)

#JoyTribe #JoyToTheWorld
#MakePodcastingGreatAgain
Support SOCIALLY AWKWARD for as little as $1/month by going to patreon.com/funnyevan.
Get a free month of podcast hosting or podcast statistics with the promo code ‘evan‘ at:
http://create.blubrry.com/ 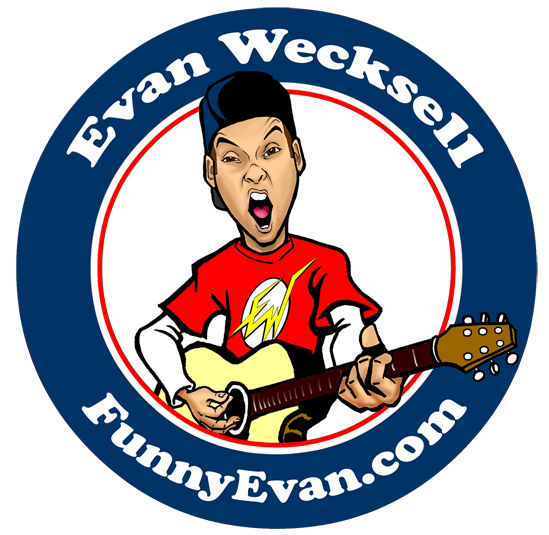 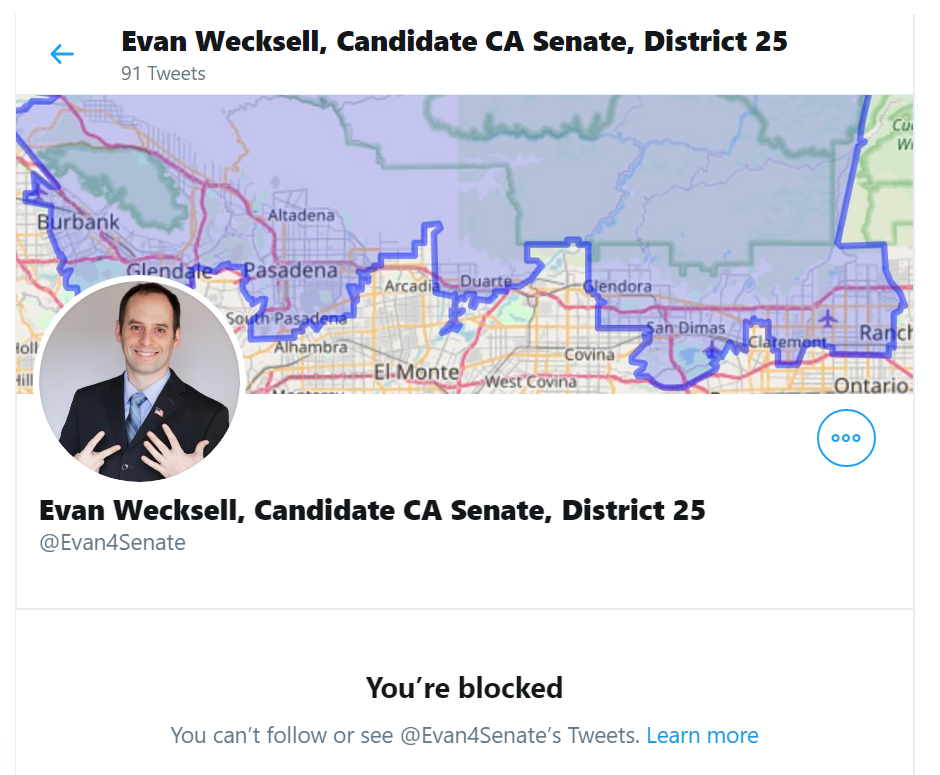 A quick update on the story about Evan Wecksell, the Scientologist who is running as a write-in candidate for California State Senate, District 25. Wecksell has been officially endorsed by the Libertarian Party of California. Significantly, the endorsement letter states that if Wecksell receives more primary votes on March 3 than the other write-in candidate, a Republican, Wecksell will appear on the November ballot as the incumbent's only opponent. 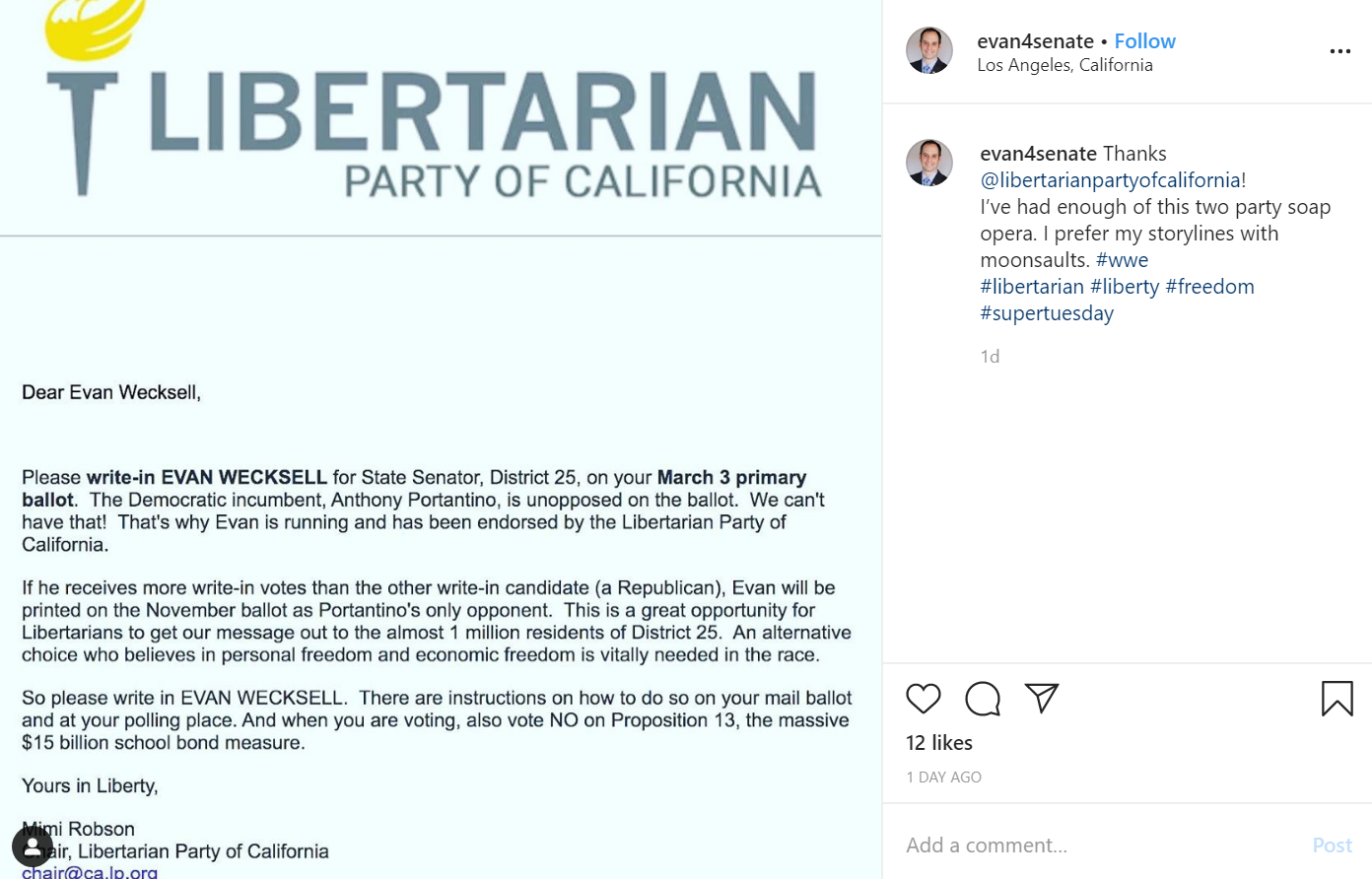 It appears the write-in campaign by anti-vaxx Scientologist Evan Wecksell for California State Senate District 25 was less than successful. According to Ballotpedia, he got zero (0) votes. 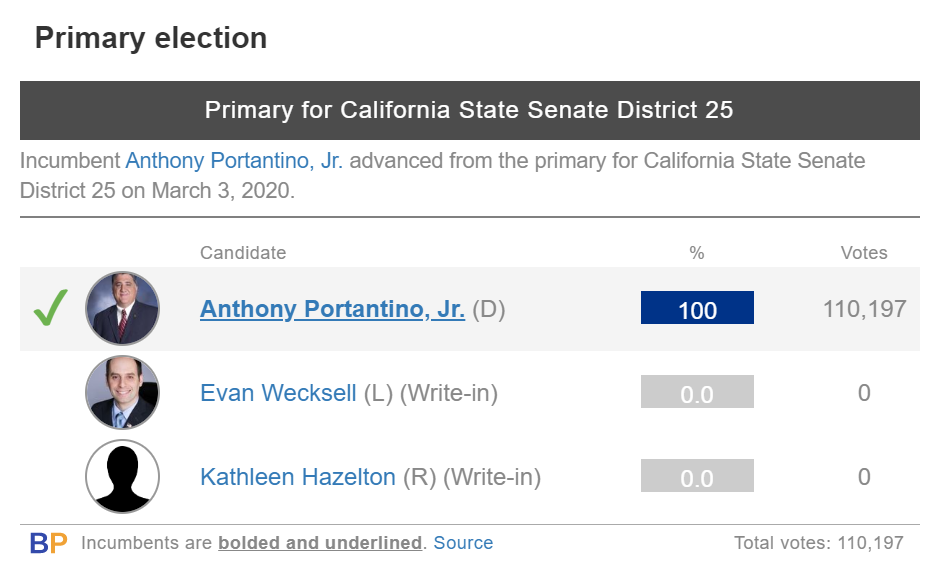