The Nation of Islam Official Statement On U.S. Capitol Assault


The Nation of Islam Official Statement On U.S. Capitol Assault

THE NATION OF ISLAM

IN THE NAME OF ALLAH, THE BENEFICIENT, THE MERCIFUL.

Brothers and Sisters of the Black Community, members of the press, and the American People:

We have prepared this statement to answer some of the many inquiries that we have had over the last few days about Mr. Noah Green. Naturally, we, like most of you, were disturbed watching the news of an assault on the U.S. Capitol where one police officer was killed, one was injured, and Mr. Green was killed.

We speak on behalf of the Honorable Minister Louis Farrakhan, the members of his family, all of the registered Muslim members of the Nation of Islam, and all people of good will everywhere, in that, we are in sympathy with the victims of this tragedy. And we are in sympathy with the families of these victims. And we, like you, can only offer them condolences and our deepest sympathy for their loss. Our prayers are for the full recovery of the officer who was injured.

The Nation of Islam has no history of violence against the government. Federal, state, and local law enforcement are all well aware of our history.

We have held four national marches, including the Historic 1995 Million Man March, which we know to be one of the largest gatherings in the history of the United States of America and the most peaceful on the U.S. Capitol grounds. We had a good working relationship with the U.S. Capitol police during each of these historic events.

It is being reported that Noah Green was a “follower” of the Nation of Islam. This young man, Noah Green, we believe may have attended our Saviours’ Day convention in Detroit, MI in February 2020. In March of 2020, due to the COVID 19 pandemic, we closed our Mosques, and began conducting meetings and classes remotely. A search of our records indicates Noah Green was not a registered member of the Nation of Islam. It appears that in late summer (August-September) of 2020, he started the process to begin his study to become a member, but he did not complete the process.

He did make a donation to the Saviours’ Day Gift. Every year, the followers and supporters make a charitable donation to the Nation of Islam’s Saviours’ Day Gift charity. Every donor who makes a donation of $1000 or more is issued a Certificate of Completion. This certificate does not establish that the donor is a member in good standing in the Nation of Islam.

Mr. Noah Green’s alleged use of an automobile as a weapon and the alleged possession of a knife as reported, violates our teachings. We absolutely disavow this act that resulted in the senseless loss of life. It is shocking for us to learn that someone who was attempting to be a part of our ranks may have been involved in something as tragic as this.

When thousands of American citizens engaged in an attempted insurrection, attacking the U.S. Capitol on January 6, 2021, resulting in the deaths of five persons and injuring many, the news media did not question what their religion was.

Nowhere in the teachings of Islam, nowhere in the teachings of the Honorable Elijah Muhammad, could we countenance any man taking the life of an innocent human being. For us, human life is sacred. And the violation of human life is a violation of God, Himself, because He’s the giver of life and He’s the ultimate cause of death. But He doesn’t give us the right to kill innocent people. That is against our law.

We are taught “to never be the aggressor in word or in deed”, for Allah (God) hates aggression and is not with the aggressor. This is our teaching. In fact, all of us who are members of the Nation of Islam have been instructed not to carry any weapons—not so much as a penknife—not on our persons and not in our homes. We do not rely on weapons of war to defend us. We rely on our belief and our faith in Allah (God).

We condemn the wicked mischaracterization of some media reports trying to tie this tragic incident to the teachings of the Nation of Islam and the Honorable Minister Louis Farrakhan, and all people of good will should do the same as well.

So, most of us, like you, are questioning why would this young man allegedly do such an act? If he did, what happened to him? What caused this? The family released a statement published in the Washington Post saying of Noah Green, he “was not a terrorist by any means.” He had been studying for his master’s degree in business administration but had also suffered from “depression and potential mental illness.”

It has also been reported in an article from CNN, that he shared on social media, “I have suffered multiple home break-ins, food poisoning, assaults, unauthorized operations in the hospital, mind control.”

This young man had struggled in his early life but overcame much as a student to graduate with a degree in finance. He had a wonderful, noble idea to help the black and brown people through his knowledge of finance. “I am sure,” Minister Farrakhan states, “had he been blessed to come through the crisis that he was going through, he would have been a star in the mission of the resurrection of our people. We need to know what happened to our brother.”

So, our research is continuing into what happened to this young man and we cannot rest until we find out what caused him to take a turn like this. We are saddened by the loss of this brother with such great potential.

With heavy hearts we offer sympathy and condolences to his mother, father, family and friends.

At approximately 58:55 in the lecture, he says:

Starting at approximately 28:50 in the lecture, he says:

"The sins of White America have mounted up so high that God is about to destroy this country called America."

He also make statements about White people that are . . . not kind. I respectfully recommend people watch the entire two hour video.

At approximately 58:56 in the lecture, he says:

Starting at approximately 28:50 in the lecture, he says:

"The sins of White America have mounted up so high that God is about to destroy this country called America."

He also make statements about White people that are . . . not kind. I respectfully recommend that people watch the entire two hour video.

"But no one had the courage to speak favorably about him in public, for they were afraid of getting in trouble with the Jewish Leaders." 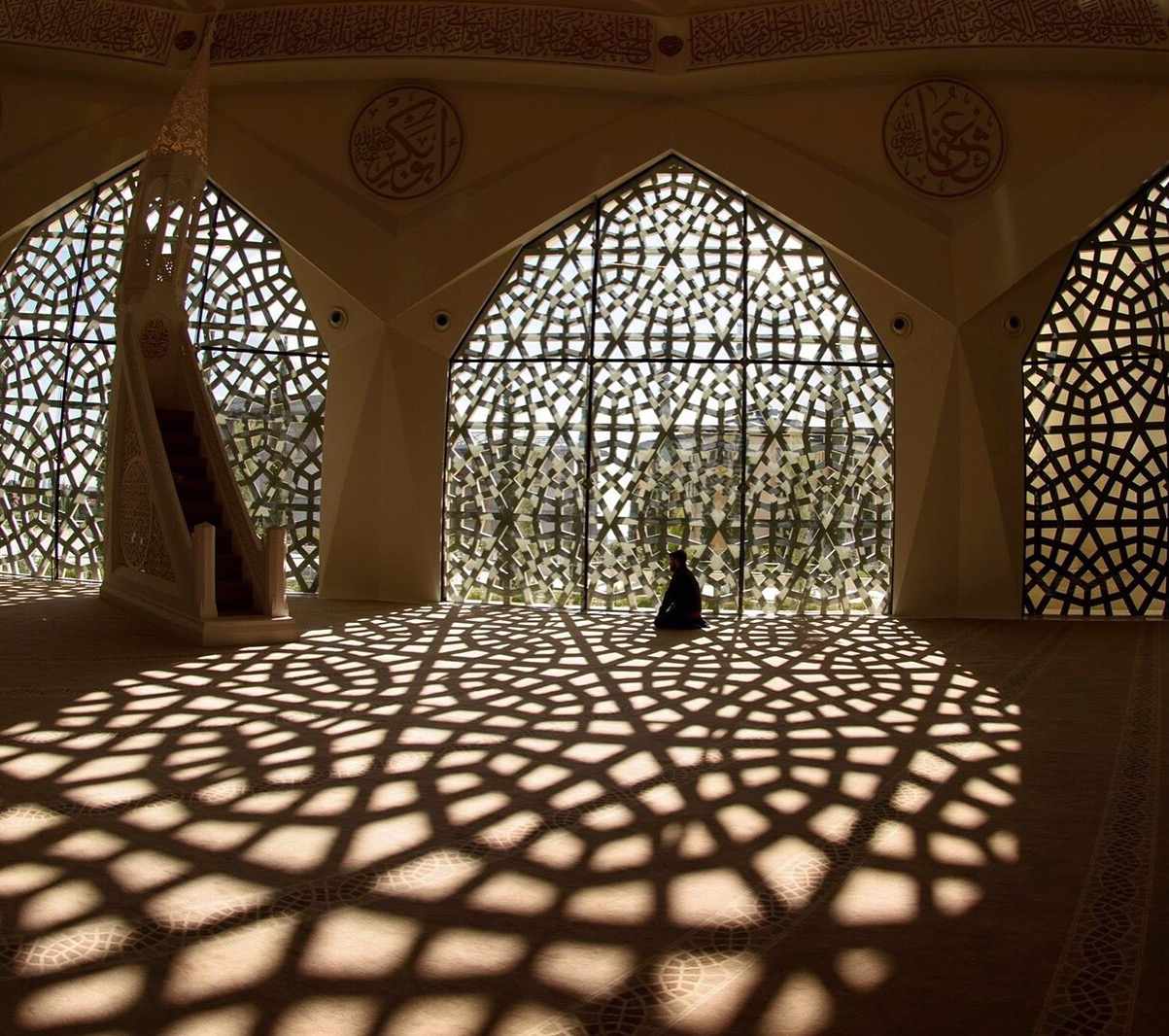 The unforgivable sin in Islam is shirk, meaning to associate others with God or to believe that someone or something else can do what only Allah can do.


"The most fundamental article of faith in Islam is belief in strict monotheism (tawhid). The opposite of tawhid is known as shirk, or associating partners with Allah. This is often translated as polytheism.

Shirk is the one unforgivable sin in Islam, if one dies in this state. Associating a partner or others with Allah is a rejection of Islam and takes one outside of the faith."

Verse 4:116 of the The Qur’an (Muhammad Asad translation entitled, "The Message of the Qur'an") states: