Scientology Crime and Legal Updates as of March 2021

1. The preliminary criminal trial for Scientologist Danny Masterson on multiple forcible rape charges set to begin on May 18, 2021 in Los Angeles.

2. The criminal trial of Scientologist-Nation of Islam member Rizza Islam and his family members on a $3.8 million Medi-Cal fraud set to be begin on May 20, 2021 in Los Angeles.

3. Scientologist David Gentile and his two non-Scientologist conspirators Jeffry Schneider and Jeff Lash were arrested by the FBI in early February 2021 for allegedly conducting a $1.8 billion Ponzi scheme. The trio were criminally indicted on wire fraud charges and a Grand Jury investigation continues. Gentile's private equities firm GPB Capital Holdings of New York City was the vehicle of the alleged Ponzi scheme. We predict RICO charges will be forthcoming against Gentile and his co-conspirators. 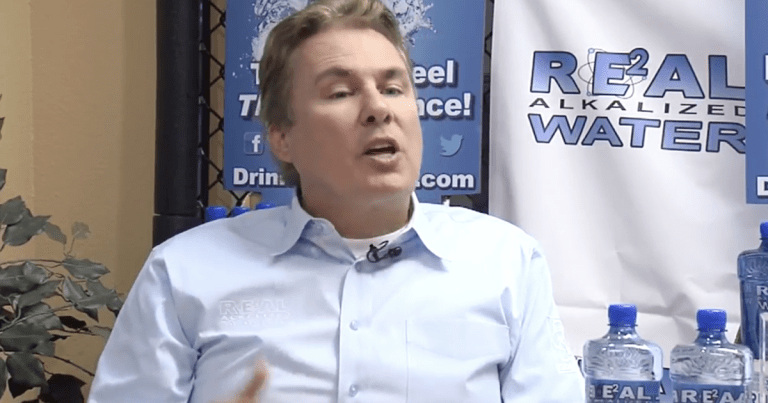 5. Scientologists Brent and Aimee Jones are the owners of Real Water, an alkaline bottled water product that is now the subject of an FDA-mandated national recall due to contamination. Real Water is the subject of multiple lawsuits for its products causing non-acute viral hepatitis and liver damage. In two cases, the victims of contaminated Real Water required liver transplants.

The US FDA reports that Scientologist Brent Jones and his company Real Water are not cooperating with the agency's investigation. The FDA is therefore using its enforcement power to obtain Real Water records:

Given a lack of cooperation by the firm, FDA investigators have been unable to complete investigations at the "Real Water" Inc. facilities in Henderson, NV and Mesa, AZ and have not been provided with requested records. As a result, on March 23 and on March 25, FDA issued a Demand for Records under section 414 of the Federal Food, Drug, and Cosmetic Act.
Click to expand...

Brent Jones has placed himself in serious legal jeopardy for his refusal to cooperate with the FDA. CEO's of other companies have been criminally charged in similar cases for noncompliance. Jones' alleged refusal to produce records raises suspicions of a cover up or the possible tampering with, or destruction of, the evidence needed by the FDA.

The FDA Report on Real Water and its noncompliance with FDA orders to produce documents is attached.

J. Swift said:
The US FDA reports that Scientologist Brent Jones and his company Real Water are not cooperating with the agency's investigation. The FDA is therefore using its enforcement power to obtain Real Water records:
Click to expand...

This is particularly interesting given the fact that in his apology video posted on Mar 23, 2021 Brent Jones states: "we're cooperating with the FDA in their investigation."

Hello we feel it is important to issue a personal statement regarding the recent FDA investigation associated with Real Water. First, we'd like to express our deepest sympathy and concern over the events that led to the inquiry. We started Real Water over 13 years ago with the intention to provide a healthy product that benefits and elevates people's lifestyles. We're deeply saddened to learn that anything otherwise could be the result. I often reach out to tell you about Real Water's commitment to quality. Your trust matters to me and i'm proud of how far we've come. Therefore this recall is deeply concerning because you should never have any worry about the safety of any of our products. I want to personally apologize to all of our customers and I assure you that the lessons learned from this will drive further improvement in the brand. As the majority owner and founder of Real Water, I want you to know that I stand behind every product we sell and safety will always be our top priority. For the 13 years we have been making Real Water we have received an overwhelming amount of positive feedback from customers. Although it appears that all incidents are related to our Las Vegas home and office delivery we have issued a voluntary nationwide recall of all real water until the safety of our product is clearly established. In this regard, we have posted our latest water quality report from an independent third party on our website for your review. Also, we're cooperating with the FDA in their investigation. We'll issue additional press releases once we learn more. We're grateful to for your ongoing support and will continue to do everything we can to meet and exceed your expectations. We value you and your continued trust in Real Water. Thank you.

According to my research, Brent Jones and his wife Aimee are down in Panama. Their son is running the operation here in the US while Dad calls the shots.

Brent Jones of Real Water is refusing to give documents to the FDA. Accordingly, the FDA used its enforcement powers to file a Section 414 Demand for Documents. Often, but not always, a Section 414 enforcement action precedes an arrest. Brent Jones and his wife Aimee are down in Panama according to my research. If needed, the couple can hook up with Insurrectionist Leigh Dundas in Mexico and hide out at her compound.

If Brent Jones thinks he can fight the FDA, he is wrong. What happens next, imo, is that the FDA shuts down Real Water and Brent Jones gets his stupid ass arrested.
Blogs:
The Scientology Money Project
OTVIIIisGrrr8! Official Blog
E

"If Brent Jones thinks he can fight the FDA, he is wrong. What happens next, imo, is that the FDA shuts down Real Water and Brent Jones gets his stupid ass arrested"