Auditing shifts from mainly ASKING the pc, to TELLING the pc the contents of his mind and space.

Scientologists when they dare to talk about it at all, say things like:

"As early as 1962 Hubbard had already mentioned that (advanced) auditing exceeded the mind's protection."

Meaning that advanced auditing could be dangerous without Hubbard telling the person what he will see before he looks.


The tunnel to the

inside of Hubbard's head​
Mirror of The Scientological Onion
And the ESMB Web Site, plus
the Original ESMB Message Board

I am guessing that you are referring to or thinking about the OT levels?

sometimes to see the light, it is necessary to go through the darkness. --P.K. Dick
"None are more hopelessly enslaved than those who falsely believe they are free." --Goethe

programmer_guy said:
I am guessing that you are referring to or thinking about the OT levels?
Click to expand...

"Advanced Courses are the most valuable services on the planet. Life insurance, houses, cars, stocks, bonds, college savings all are transitory and impermanent... There is nothing to compare with Advanced Courses. They are infinitely valuable and transcend time itself."​
L, Ron Hubbard writing of his confidential "upper levels," from Mission Order 375, from Scientology's Hard Sell pack for training Scientology sales people or registrars.

Secrecy, deception, "implanting," authoritarianism, "brainwashing," being punitive were mentioned, by Hubbard, as things done by the bad guys - as "enemy tactics" - to the unsuspecting Scientologists, and then Hubbard would turn around and use those same ideas and actions on his own defenseless followers, who knew - with "total certainty" - that "Mankind's Greatest Friend" would never do such a thing.

This pattern was commented upon as early as October 1950, in the book, A Doctor's Report on Dianetics, by Joseph Winter, who had written the introduction for Dianetics, the Modern Science of Mental Health. Winter had noticed that Hubbard liked to lecture about the evils of authoritarianism while being authoritarian himself:

"There was a difference in the ideals inherent in the Dianetic hypothesis and the actions of the Foundation in its ostensible efforts to carry out those ideals... as I saw them, included non-authoritarianism and flexibility of approach... These ideals... continued to be given lip-service, but I could see a definite disparity between ideals and actualities..." 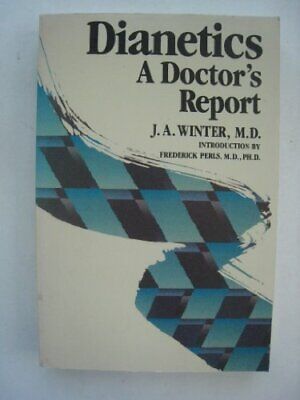 Scientologists might say this was simply the result of working in an imperfect environment, where "We build a world with broken straws," etc., but, in 1954, Volney Mathison - whose electro-pyschometer, based on the much earlier Wheatstone bridge of the 1800s, and popularized, to some extent, by Carl Jung in the early 1900s - made this observation:

...a certain type of sick patient is referred to as being vampire-like in behavior. But such a patient is not really aware of why he acts as he does, a far more despicable vampire-like personality is that of a vicious type of fraudulent cult therapist who operates in the two following phases:

First, he denounces or "exposes"... Then he USES THE VERY POWER HE HAS DENOUNCED [sic]... but the techniques he employs are of a covert type...

The victim is caught completely off guard. He has just heard all about the evils... so he believes that here is this kind and honest person whom one can TRUST...

The cover of Hubbard's hoax "Russian" manual of 1955 - which depicted Dianetics and, in a 1968 printing, "the Church of Scientology," as under attack by Russian communists - aptly describes the Scientology operation, in its definition of psychopolitics.

Remarkably, this booklet was spotted as the "blueprint" for the Scientology movement as early as 1965

​
The pattern of Hubbard warning people about the bad guys doing something, and then turning around and doing the same thing, was repeated over and over.

In the above manual, Hubbard was warning about "brainwashing."

Scientology presents itself as the antithesis of "brainwashing," while advising people to think for themselves. 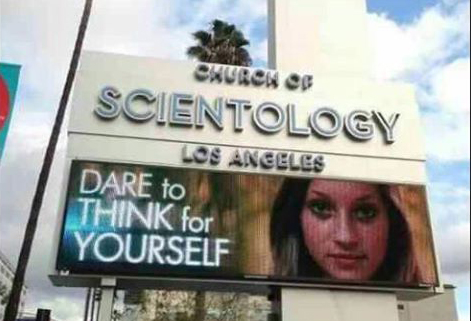 ​
That pattern manifested with regard to what would become the "Advance Courses," as, during the early 1960s, secrecy regarding some auditing actions began to appear.

​
In 1950 Dianetics, there was a chapter titled The Minds Protection. Hubbard emphasized that "the mind is a self protecting mechanism."

This began to change during the early 1960s. Hubbard began telling Scientologists that some things in the mind were dangerous, even "deadly," and needed to be kept secret until the person was prepared. And only he knew about what these were, and only he knew how to prepare others for the dangers that await.

In an 8 March 1963 Bulletin, Hubbard defined "implant" as, "an electronic means of overwhelming a thetan with a significance," and added "Use was made of actual patterns of living to impress and entrap a thetan and force obedience to behavior patterns."

Hubbard had spent years reading other people's counseling records, containing "patterns of living." He knew what was on their minds.

Hubbard became the "implanter"- officially - when he told Scientologists the (deadly serious, dangerous, too difficult to discover on their own, yet vital to their survival) contents of their own minds, and spaces, through the confidential "upper level" materials. 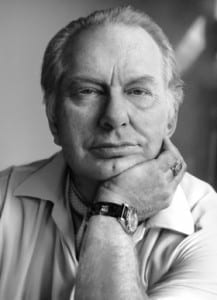 This gold-framed three and half foot by four foot photograph
was prominently displayed in Scientology organizations.
​
He even gave them electro-meters, which would "tell them" that the dangerous, and vital to survival, significance was "true," thus "using electronics to overwhelm with significance."

Some "actual patterns of living" were included "to enforce and entrap."

Next came the Routine 3 Heaven Bulletin of 11 May 1963, which did not contain any "dangerous" content, but was judged as too sensitive to be accessible to "wogs" and "raw meat." (It mocked the idea of a Christian heaven as the scenery of an implant.)

Routine 3 Heaven won't be found in any Tech (Red) Volume, since it became confidential.

Then came a lecture of 14 August 1963, during which Hubbard warned about psychiatry:

"Psychiatry is authoritarian and tells a person what's wrong with him, often introducing a new lie."

Scientologists would soon be reading the super-hyped secret materials where Hubbard would tell them what's wrong with them.

And applauding his giant photograph in gratitude.