The arrests are the culmination of a long multiagency investigation into what Massachusetts securities regulators called the “structurally complex” nature of the GPB Capital and its myriad conflicts of interest and self-dealing. This complexity includes the fact that GPB had hundreds of bank accounts under its control that were owned by dozens of different entities, some of which were unknown to investigators until the FBI raid on GPB Capital in February 2019.
We reported last year on a leaked FBI Intelligence Bulletin which mentioned “more than $100 million in wire transfers” that came from a Russia-based company and flowed into the coffers of a NYC private equity firm:

We asked if this New York-based private equity firm could be GPB Capital Holdings whose sole owner is Scientologist David Gentile. In support of our question, we cited the ties of both David Gentile and GPB Capital to the purported Russian mobster Michael Cherney via his daughters Rina and Diana Chernaya. Gentile also has ties to Cherney’s US business agent Robert Kessler. Indeed, Chernaya and Kessler money were behind GPB Capital’s first major acquisition of Volkswagen of America car dealership.

In our previous article on the FBI Intelligence Bulletin we were careful to state that no conclusions could be made absent solid evidence. We have since continued to watch for any developments. Nevertheless, we note the work of journalist Tracey McManus of the Tampa Bay Times. Her incredibly well-researched article in 2019 opened with a bombshell revelation:

THE CHURCH OF SCIENTOLOGY and companies run by its members spent $103 million over the past three years buying up vast sections of downtown Clearwater… Most of the sales have not previously been reported. The Tampa Bay Times discovered them by reviewing more than 1,000 deeds and business records, then interviewed more than 90 people to reconstruct the circumstances surrounding the transactions…
Nearly all of the properties were bought through limited liability companies, which are required to disclose their operators but not their owners. Although that arrangement is standard in real estate, it makes it impossible to know whether the properties are owned by the Scientologists who manage the companies, the wealthy church or another hidden party.
But companies controlled by different parishioners bought neighboring properties that create clear assemblages of land.
Click to expand...

This takes us back, once again, to what the Commonwealth of Massachusetts stated in its recently-filed civil lawsuit against GPB Capital Holdings:

By its nature, GPB Capital is structurally complex. Its funds have a number of sub-funds, and those sub-funds have various ownership interests in portfolio companies. Some of GPB Capital’s funds jointly own portfolio companies, like the Prime Automotive Group. Moreover, the property on which many dealerships sit is owned by separate companies under the GPB Capital umbrella.
GPB Capital has many hundreds of bank accounts under its purview.
Click to expand...

The time frame of the $103 million in Scientologist-controlled real estate purchases in Downtown Clearwater occurred from February 2017 to the fall of 2019 when GPB was awash in cash. Indeed, as the Massachusetts lawsuit noted:

As time went on and GPB Capital raised more money, it was unable to deploy its capital efficiently.
Click to expand...

GPB Capital couldn’t spend its $1.8 billion fast enough. To this point, we previously reported on how Scientologist David Gentile, the sole owner of GPB Capital Holdings, offered his fellow Scientologist Larry Feldman anywhere between $70-$105 million in financing to begin construction on Feldman’s Riverwalk Development. These figures were mentioned in a July 2018 article in Business Observer article. As McManus reported in March 2020, Feldman exited the Riverwalk project. Feldman’s exit was inexplicable given that Feldman had invested tens of millions of dollars into the project.
AN OCEAN OF CASH

GPB had an ocean of cash available to spend in 2017. McManus cited a stunning fact about the Scientologist-controlled real estate purchases:

All together, 32 companies bought 92 downtown properties since 2017. Of the $103 million spent, $99 million was paid in cash… The greatest number of properties were bought by companies controlled by either Israeli businessman Itzhak Zano or another Scientologist who represents him.
Click to expand...

Did the $103 million in Scientologist-controlled Clearwater real estate purchases come from one of GPB Capital’s sub-funds? How is it that Scientologists suddenly had a war chest of $99 million in cash in 2017 just as Scientology Capo di tutti capi David Miscavige decided he needed to punish Clearwater by buying a huge amount of land Downtown in order to cripple any possibility of a sorely-needed redevelopment?
Miscavige was furious that the City of Clearwater refused to sell him a parcel of valuable land he wanted Downtown. At that time, GPB Capital had money pouring in as a result of the excessive commissions it was paying its Broker-Dealers. There is certainly a reasonable argument to be made that GPB Capital purchasing $100 million in prime Downtown Clearwater real estate was a good investment in 2017; particularly if David Miscavige had privately committed to put his support behind a redevelopment effort that was owned and controlled by wealthy individual Scientologists and the Church of Scientology. This hypothesis was plausible in 2017.

The foregoing is speculation on our part, but the theory does connect some dots. Our disclaimer having been made, our underlying question remains valid: Where did the $103 million Scientologists used to purchase real estate in Downtown Clearwater in 2017 come from? We are also curious about Israeli mystery man Itzhak Zano.

One thing is certain: Scientologist David Gentile will not be enjoying the glistening waters of Tampa Bay in his luxury yacht anytime soon.
Blogs:
The Scientology Money Project
OTVIIIisGrrr8! Official Blog

Reed Slatkin air cover for $$$ by the criminal cult who takes the shady money all over again.

Ponzis and Rackets & Hoaxes, oh my! Just another chapter in the book of Scientology, the super "upstat" religion with "high havingness". LOL.

In the future I predict that Scientology will (in a desperate gamble to save their ruinous reputation and generate revenue) will begin constructing multiple museums.


SCIENTOLOGY - INDUSTRY OF FRAUD!​
It'll be an amalgam of the Industry of Death tour combined with Ripley's Believe It Or Not and Madame Tussauds Wax Museums.

Scientololgy's Industry of Fraud will also be wax figures, depicting famous chapters in the cult's history where they courageously investigated and declared criminals who tried to steal their parishioners' hard-earned money. Cruel white collar racketeers like 500 million dollar Ponzi-schemer REID SLATKIN, and billion dollar scammer DAVID GENTILE and multi-billion dollar embezzler DAVID MISCAVIGE who put all the churches assets, real estate and cash under his personal control through off shore accounts and a nearly impenetrable labyrinth of foreign entities, trusts and law firm fiduciaries and buffers.

Oh, did I forget to mention that this is how Scientology will try to reclaim glory for itself and its founder (Dr. Hubbard) at some point in the future? After Miscavige absconds and retires in an extradition-friendly nation? 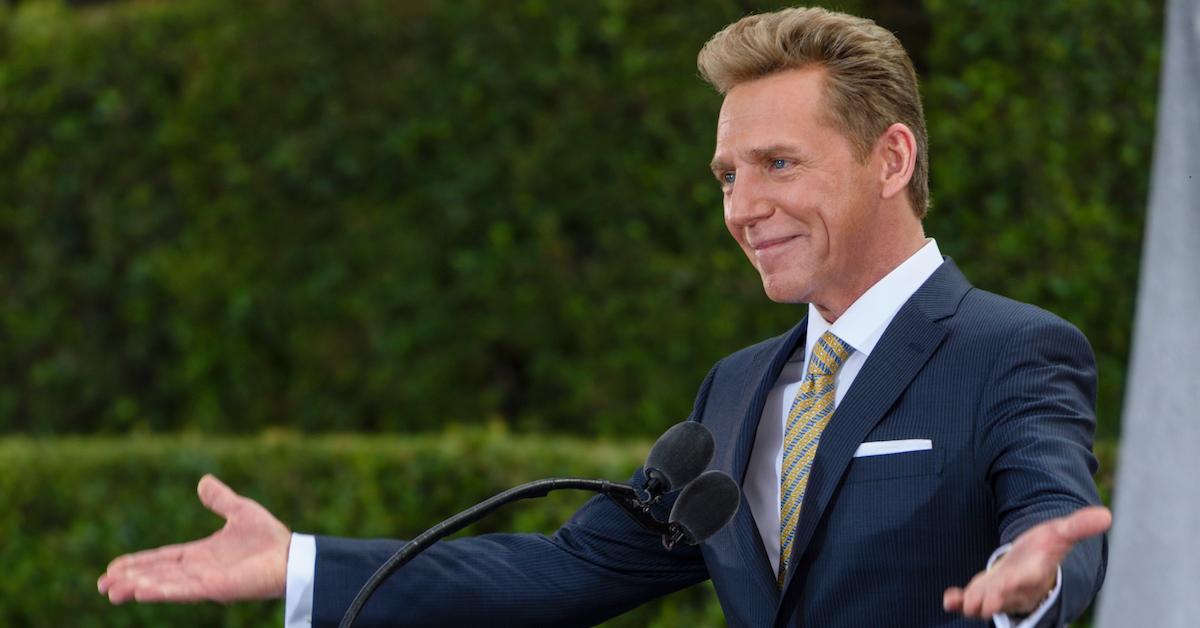 Actual wax exhibit - produced in advance of the
grand opening of the Industry of Fraud museum.​

Karen#1 said:
Reed Slatkin air cover for $$$ by the criminal cult who takes the shady money all over again.

Funny that I was just posting about Slatkin BEFORE I saw your post!

All these financial freaks go from jumbo medallions to reviled SPs nearly overnight when their massive frauds are uncovered. Because Scientology is very passionate about rooting out fraud on this planet.

The Commodore and COB are arguably the greatest heroes in human history for the cause of vanquishing con artists and hoaxes. They are really, really, really against that sort of thing! LOL

.
"Scientology literally saved my life! Without Ron's books I would have frozen to death!" - Don Hubbard (see avatar) is Ron Hubbard's estranged & evil twin brother. As Founder of the Church of Hoaxology and bestselling author of "HOBONETICS", Don is the first human being to achieve the state of OH (Operating Hobo).
You must log in or register to reply here.
Share:
Facebook Twitter Reddit Pinterest Tumblr WhatsApp Email Link
Top