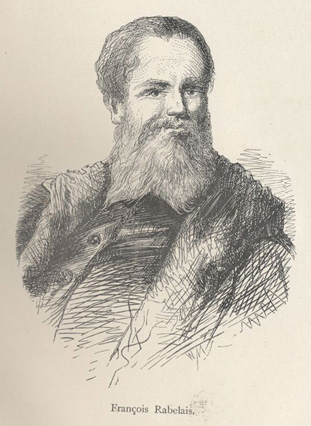 Francois Rabelais was the original Thelemite, who wrote in 1534:

Do What Thou Wilt.

Because men that are free, well born, well bred, and conversant in honest companies have naturally an instinct and spur that prompteth them to virtuous actions, and withdraws then from vice, which is called honor...

Next was John Donne who is credited with introducing hashish to England in the 17th century.

A poem by Donne is prominently featured in the front of Scientology's Celebrity magazine.

Three years later he released another album titled
No Guru, No Method, No Teacher.
​
To be continued.

i find this fascinating. and i think it's important to have an understanding of what we're talking about. here's how i see the breakdown:

counterculture elements of Hubbards' (b. 1911) and Parson's (b. 1914) generation (i don't know of a name for it) were attracted to ideas from 19th century mysticism, spirituality, the occult, and exploration of Eastern religions, expounded by those such as Aleister Crowley (b. 1875); to the turn of the century New Thought Movement that promoted mental and spiritual 'science' exemplified by Mary Baker Eddy's Christian Science; and to avante garde intellectualism such as the General Semantics and non-Aristotelian logic of Alfred Korzybski (b. 1879). during that period there was actually widespread interest and volumic writing in what might be called early pop psychology and personal improvement, and spiritism (Ouija boards, patented in the 1890s, became popular again in the 20s), which became largely forgotten after the Great Depression and WW2.

the beat generation or beatniks, whose major figures were mostly born in the 1920s, and attracted a younger following born during the 30s.

baby boomer hippies, who had stylistic nostalgia for the Victorian and Edwardian periods, and were often attracted to rehashed (or plagiarized) ideas from those eras in the late 19th and early 20th century without necessarily understanding their actual sources:

A hippie, also spelled hippy,[1] especially in UK English,[2] was a member of the counterculture of the 1960s, originally a youth movement that began in the United States during the mid-1960s and spread to other countries around the world.[3] The word hippie came from hipster and was used to describe beatniks[4] who moved into New York City's Greenwich Village, San Francisco's Haight-Ashbury district, and Chicago's Old Town community. The term hippie was used in print by San Francisco writer Michael Fallon, helping popularise use of the term in the media, although the tag was seen elsewhere earlier.[5][6]

The origins of the terms hip and hep are uncertain. By the 1940s, both had become part of African American jive slang and meant "sophisticated; currently fashionable; fully up-to-date".[7][8][9] The Beats adopted the term hip, and early hippies inherited the language and countercultural values of the Beat Generation. Hippies created their own communities, listened to psychedelic music, embraced the sexual revolution, and many used drugs such as marijuana and LSD to explore altered states of consciousness.[10][11]
Click to expand...

hippie, also spelled hippy, member, during the 1960s and 1970s, of a countercultural movement that rejected the mores of mainstream American life. The movement originated on college campuses in the United States, although it spread to other countries, including Canada and Britain. The name derived from “hip,” a term applied to the Beats of the 1950s, such as Allen Ginsberg and Jack Kerouac, who were generally considered to be the precursors of hippies. Although the movement arose in part as opposition to U.S. involvement in the Vietnam War (1955–75), hippies were often not directly engaged in politics, as opposed to their activist counterparts known as “Yippies” (Youth International Party).

Hippie lifestyle
Hippies were largely a white, middle-class group of teenagers and twentysomethings who belonged to what demographers call the baby-boom generation. They felt alienated from middle-class society, which they saw as dominated by materialism and repression. Hippies developed their own distinctive lifestyle, whereby they constructed a sense of marginality. They experimented with communal or cooperative living arrangements, and they often adopted vegetarian diets based on unprocessed foods and practiced holistic medicine. Hippies were also known for their unique style, favouring long hair and casual, often unconventional, dress, sometimes in “psychedelic” colours. Many males grew beards, and both men and women wore sandals and beads. Long flowing so-called granny dresses were popular with women, and rimless granny glasses with both men and women. For many The Whole Earth Catalog, which first appeared in 1968, became a source for the necessities of life. It was crucial for former urban dwellers who practiced semi-subsistence farming in rural areas (in what came to be called the back-to-the-land movement). Hippies tended to be dropouts from society, forgoing regular jobs and careers, although some developed small businesses that catered to other hippies. Many critics noted that hippies had the luxury of being able to “check out” of society and remarked on the incongruity of hippies’ participation in the civil rights movement, wherein Black Americans were fighting for the right to fully participate in society.
Click to expand...

During 1950, Aldous Huxley and his wife received Dianetic auditing from L. Ron Hubbard.

As late as the mid 1960s, there was still contact between the break-away (unauthorized) California Association of Dianetic Auditors and the Huxley's.

It's speculation that Huxley may have given mescaline and LSD to Hubbard.

Link to California Association of Dianetic Auditors Christmas party of 1964, recording of a session, plus, at 33:30, additional commentary

It's described as being from "the Aldous Huxley and Laura Huxley papers at the UCLA Library."

There was a CADA Journal (CADA was the first "squirrel" group) that existed from 1952 into, at least, the late 1980s.

During the 1960s the Incredible String Band were known as psychedelic folk music.

Mike Heron has spoken about the positive influence that psychedelics had an on the ISB's creative output.

Mike Heron, in his seventies, performing: