Out of Body Experiences doing TRs

People have been known to remain in Scientology, for years, after had what they perceived as an Out of Body experience on a TRs course, hoping to recreate the experience.
Mirror of The Scientological Onion
And the ESMB Web Site, plus
the Original ESMB Message Board

I can totally dig it, man.

"None are more hopelessly enslaved than those who falsely believe they are free." --Goethe

Yes, a person can do an hour of TR0 and then eventually feel that they are 3 feet in back of their head (a 3rd eye experience).
IMO, this is a type of hallucination even though no hypnotic induction techniques are used.
Last edited: May 28, 2021

deleted because I 'missed' that this thread had to do with experiencing it on the TRs.
Last edited: May 28, 2021
It is easier to stay out than get out. Mark Twain

Perhaps the best known recounting of having an Out of Body Experience while doing Scientology Training Routines - and being sold on Scientology as a result - is from actor Jason Beghe, being interviewed by Mark Bunker.

​
The vanity compilation of great thinkers, featured in some Scientology PR, and presented at the front of the books Science of Survival and Scientology 8-8008, were put together by book editor John Sanborn to gave Hubbard gravitas (weight and respectability). These were not accurate representations of the sources upon which Hubbard drew. Nonetheless, Hubbard did "borrow" much from a number of subjects and persons - amongst them, and probably topping the list, would be Aleister Crowley. 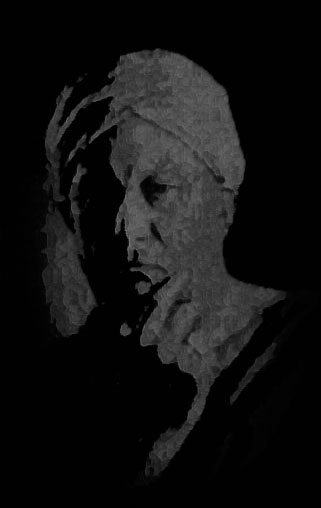 In his book, Eight Lectures on Yoga, specifically from the section tilted Yoga for Yahoos, Aleister Crowley summarizes Yoga: "Sit still. Stop thinking. Shut up. Get Out!."

This was pretty much Scientology, for a brief while, during the early days, until Hubbard realized it was a terrible business model and introduced the Bridge/hamster wheel to Total Freedom.

The ever-lengthening Grade Chart being introduced 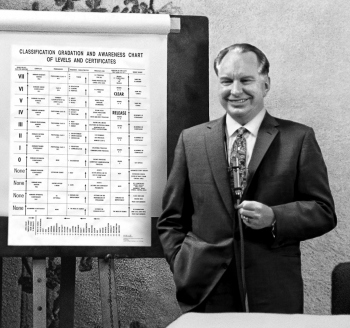 It's pretty obvious that Hubbard did not want people passing through Scientology. He wanted Scientology to possess them.

Breaking the spell of that possession, rather than making a person renounce every tiny piece of the subject, seems to be a valid objective.

Yet, there are those who think that's silly and we should just...

Veda said:
Breaking the spell of that possession, rather than making a person renounce every tiny piece of the subject, seems to be a valid objective.
Click to expand...

Historically, cults are always entering the scene, claiming to possess some secrets for exiting the Matrix, or some illusory, false and imprisoning world. . Scientology claimed to have it's own original version, which guaranteed the boobytraps were dismantled, and the labyrinth 'red taped', where others failed. Listening to Jason Beghe is a an 'ouch' moment, because I feel his loss for having ventured to find tactics to exit the world. He nearly lost himself as a result, and it was because of items he paid a 'counselor' to put his attention on. Aleister Crowley might have lost fewer adherents to the Abyss than a bad 'L'.

A person who goes 'in' again, and again...again, whether to do battle or otherwise, is bound to have accumulated some tools under his belt which will enable him to be outbound,. Scientology validated none of these, just its own.
Last edited: May 28, 2021
It is easier to stay out than get out. Mark Twain
You must log in or register to reply here.
Share:
Facebook Twitter Reddit Pinterest Tumblr WhatsApp Email Link
Top