Someone mentioned back around 2010 on ESMB that they had once seen this interview but couldn't find it on YouTube at that time.

CoS should put this video out on their Scientology TV Channel. It will be a great promotional action!

One of the most incredible things I've ever heard and seen!

I told you I was trouble

The cofs (apparently) told him there was nothing left to do after clear ... I can't imagine why they would've blown him off with such a huge and easily discoverable lie because he still had money at that point and what's a little murder allegation between the like-minded?

Tongue-tied and twisted just an earthbound misfit, I. ​

.
Seems very keyed out and theta.

Is this some weird alternate reality?

REading the comments below the video, someone wrote:

"I'm clear - what comes next?" That's the same exact thing that Charles Manson said to the receptionist in the L.A. Celebrity Center after he was released from prison in 1965

Phineas Fogg said:
REading the comments below the video, someone wrote:

"I'm clear - what comes next?" That's the same exact thing that Charles Manson said to the receptionist in the L.A. Celebrity Center after he was released from prison in 1965
Click to expand...

I posted a thread on Manson back on the original in 2010.


I don't believe he was released until 1967, but do you have knowledge of him coming into the L.A. Celebrity Center?

Karakorum said:
Gee, I never remember seeing him on the cover of celebrity mag. Wonder why?
Click to expand...

One of these days we'll have to change that.

It would be interesting to many if a Journalist could Interview O.J. Simpson and find out if he was in Scientology.....and where....and who regged him.....who his auditor was....

He was such an enormous Celebrity back in the day, he must have been on some Celebrity Center wanted list....

Staff member
He never says he was involved nor audited. He's just relating a 'peak experience' feeling which for a top athlete is not at all unusual.
"I just may be the lunatic you're looking for."

PirateAndBum said:
He never says he was involved nor audited. He's just relating a 'peak experience' feeling which for a top athlete is not at all unusual.
Click to expand...

Yea, I kinda got that..... His use of "Clear" was rather specific though..

But in the vein of "Semi Tough" and top athletes wanting help to achieve top performance.....

And that other famous football player that was a Cult member...( forgot his name....) Was on Scientology Magazine Covers...back in the 70's.

It certainly is possible that he was approached....and or really did have some involvement?

Here's a couple posts from WWP back some years ago, the first from an anonymous ex.


I did hear his name mentioned when I was in ('70s), but only a couple of times, and was unsure what to think about it. When a celeb was only mentioned a couple of times, that usually meant that they got in and out pretty quickly. His story about "nothing above Clear" would have only been true until about 1968, so unless he was in during his period at USC, that sounds wrong. Bad memory? Putting the spin he wanted on things? I have no idea. But he may have been in at one point, and this definitely deserves another look.
Click to expand...

The Clear quote came from an interview, widely disseminated inside the cult back in the 90's where OJ described his playing on the field:

'Its like scientology and the state of Clear, there are just no barriers. I am out there with nothing holding me back'.

(That is a rough quote based on my memory of the twenty times or so the clip was shown to us dumb fuck alien infested robots in sailor uniforms to shore up our commitment to eventual world domination).
Click to expand... 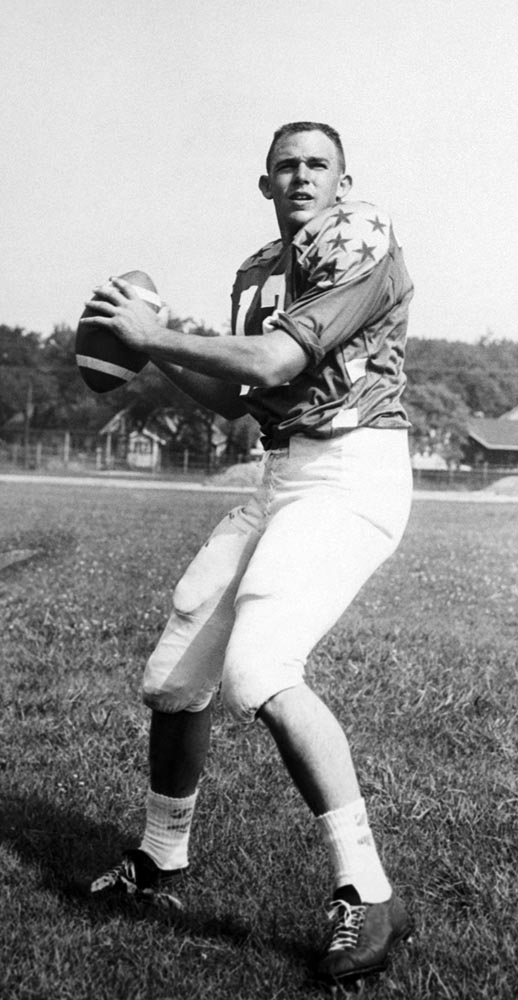 King of Queens star Leah Remini is leaving the Church of Scientology after decades as a member. From Lisa Marie Presley to Jerry Seinfeld, celebrities who walked away from its teachings.
newsfeed.time.com

See paragraph 7 in the link below....


The New York Times: This Day In Sports

Of course OJ later became a Movie Star.....so there is that possibility of contact also.