Nice to have connected with some of you!

"Millions of Egyptians enjoy eating red and juicy watermelon fruits in the hot summer of Egypt, but today not all of them eat the watermelon seed kernels anymore. Yet roasted and salted watermelon seeds remains as one of the traditional Egyptian snacks.

Unlike in other countries, in Egypt we do not have seedless watermelons, so eating roasted watermelon seed kernels in summer remains easily within the reach of most Egyptians."
For the recipe on roasting the seeds go to the link: 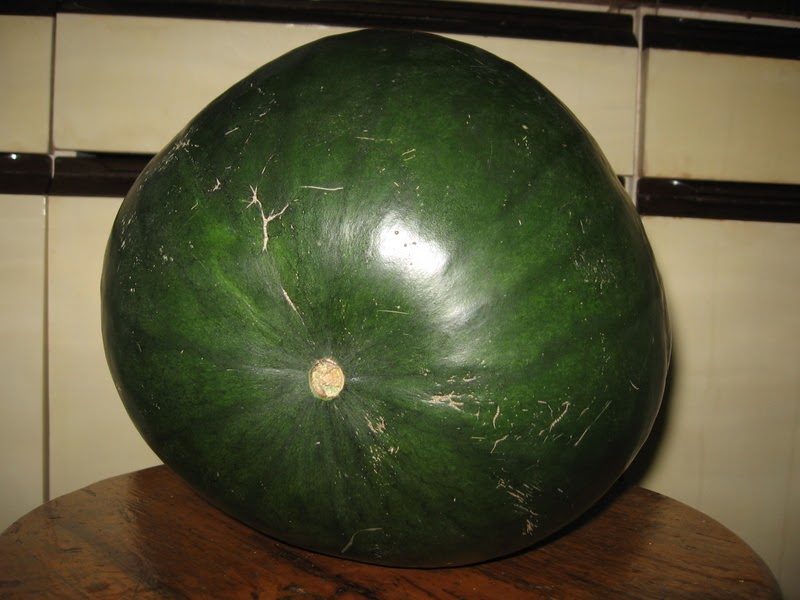 Watermelon is one of our favorite fruits here in Egypt. Getting back home after a hot day in the hot summer of Egypt there is nothing like a...

What exactly is a "camel jockey"?

And what's the deal with watermelon seeds?
Click to expand...

It's difficult to grow watermelons in the desert, as any Arab camel jockey knows. (?)

Edit to add:
There's not much demand for watermelon seeds from desert dwelling camel jockeys. It might be a tough sell convincing them to buy them to grow watermelons but they might buy some just to munch on. Maybe JustSheila was being politically correct when she omitted "Arab" when mentioning camel jockeys. Maybe there are some European or Chinese camel jockeys wandering around in the desert. I don't know. Kind of like Lawrence of Arabia or something.
Last edited: Oct 15, 2019
not know

stratty said:
I thought a 'camel jockey' might be some kind of pejorative phrase for an arab, but the watermelon seeds bit didn't seem to tie up. She lost me too.
Click to expand...

stratty said:
I thought a 'camel jockey' might be some kind of pejorative phrase for an arab, but the watermelon seeds bit didn't seem to tie up. She lost me too.
Click to expand...

Right on the camel jockey. Doesn’t have to be Arab, just a camel rider.

Exscn isn’t a fertile place for nurturing interest in Scn.

I didn’t mean to be obtuse. Guess it was a little out there...

As Mimsey pointed out, they’re good to munch on, but nobody in their right mind would expect anyone to try to grow a watermelon in the desert.

When I had work/study job at university they had greenhouses with partial white roofs/walls to control the amount of sunlight on the plants.

It seems I was wrong about watermelons in the Middle East, anyway. So much for ideas based on media! Iran and Turkey are the #2 and #3 watermelon producers in the world. Only China produces more.

So if Dex wants to use camel jockeys to sell watermelon seeds in Egypt, it might be a very good business for him with a whole lot more clients than trying to sell Scientology here.

When I had work/study job at university they had greenhouses with partial white roofs/walls to control the amount of sunlight on the plants.

Is there anything you recommend for the critters that hang out in basil? We tried neem oil but it didn't really work on the bugs, and affected the basil.

Dotey OT said:
I was going to say something right after I saw his post.

Not to go into all of that, it was just the truth, for me, about why he was accusing some of us (probably me) of being stuck in the old cult, which is kinda not true.

But, for my part, I notice that I am a different person, face-to-face, than I am on the internet. I haven't done posting on blogs much at all, a bit of Facebooking, but I don't think that counts.

I think it's easier to get the truth, emotion, etc. in someone's face and speech than by words on a screen. Looking back at my post concerning how vigilant the group here is, to me when I was typing it, it wasn't an accusation of him, but more of an observation of the folks here on the board, and it wasn't a criticism of them either.

Edit: But I still believe Dex is better off somewhere else.

Dex G said:
I have a saying that is my personal "mantra": "I will never be as Godlike as I aspire to be, but I will continue to aspire in that direction". Well, that aspiration has never been so challenged as it has been in this forum. It has the feel of "the inmates running the asylum", with inane personal attacks being a favored and supported game.
Which is not to say that it hasn't been a pleasure to engage with many of you, who have more to offer, and make that choice. Before joining, I have viewed posts and threads that I found interesting and engaging, while being reticent to join in what in the original ESMB incarnation was all too frequently inundated with unhappy people circling the wagons to take potshots at convenient targets.
When I saw my video posted here, I was moved to clarify one or two things and give it a go, and it took about a week for the weasels and hyenas to come out and do what they do best. Frankly, I'm finding it too demanding to try to maintain a line of conversation while several people inundate my conversations with inane pretend logic to distract, annoy, defame and belittle. Those of you doing this, you think you're an example of being outside and above the mentality of the Church of Scientology, but in reality you are manifesting the same mindtrap. Just because its anything you can find a way to relate to Scientology that you're "fairgaming" and "dead-agenting", that doesn't show that you've "escaped the trap"; you are squarely right there in it, in that game, refusing to actually connect, have empathy, appreciate, and attacking with a rigid, refusing to actually listen, totally defensive attitude. You are not acting or behaving the slightest bit better than the C of S. I invite those of you who are so inclined to connect with me through Facebook or my website, I quite appreciate many of you. That being said, thanks for the experience. Best, Dex
Click to expand...

The point of ESMB is not picking flowers but escaping a challenging mind f''k. A person with truly superior perspective wouldn't broadisde as above IMO. That along with an added pretense of superiority well known in the doctor, lawyer and politician fields. I smell a rat.
K

freethinker said:
Ya know, telling people that they are stuck in something and behaving a certain way and piling on the adjectives of a pejorative nature is not the best way to get people to listen to you.

If you had dropped by ESMB 1 in the last two months you would know your belittle approach was not going to end well.

If you had taken the time to become familiar with people here before you began your diatribe you may have fared much better.

If it wasn't true that you came to promote yourself then striking back at questions about that was a bad approach because it made it seem all the more likely that you were fishing for PC's.

But when you go so far as to say that we are stuck in a Scientology mindset when you are using the always attack, never defend approach, when you're in someone else's house, then you should have known that wouldn't fly and you will be called on it.

Now, with your leaving, it makes it seem like you are an Alanzo projecting your pent up hostilities on others, or worse you came here with the same agenda to destroy the harmony that has been developed here by some really good people who left the field of playing with the mind a long time ago.

You're leaving means you never had any intention of staying but to try to place a stigma on the board so you can go to some facebook group and natter about how awful an experience you had with the intention of driving people away from ESMB redux.

That's OK, because that prevents the type of people who would listen to you say that from coming here, so thanks for keeping those types away.

Good luck Dex. You're going to need it if this is how you operate.
Click to expand...

I smell a rat.

stratty said:
If you are trying to sell bacon sandwiches in a synagogue you're not going to make many friends. I don't know what he expected.
Click to expand...