My bad.
he is not from Kentucky .... Mr. Grant 10X Cardone is from Lake Charles Louisiana
He is still from Hicksville and has the Hicksville accent

Oat Tea Ate said:
My bad.
he is not from Kentucky .... Mr. Grant 10X Cardone is from Lake Charles Louisiana
He is still from Hicksville and has the Hicksville accent
Click to expand...

OK, that makes much more sense to me! I was at Barksdale AFB for two years. I know of and saw people of Italian heritage in Louisiana. Not a lot, but they are there.
O

Chuck J. said:
OK, that makes much more sense to me! I was at Barksdale AFB for two years. I know of and saw people of Italian heritage in Louisiana. Not a lot, but they are there.
Click to expand...

They are everywhere!
S

"Ain't no virus gonna stop us!" Grant jubilantly advises his audience in the first seconds.

Grant is winning! Winning big! Don't you want to be like him?

Just like every omnipotent OT, he keeps bragging how total cause he is over the economy and the virus. He's not only flourishing and prospering, he's going 10X!

That was April 14th, today. Wow, this dude has got his shit together---while the nation and companies and employees suffer, Grant is untouched! Winning, I tell ya!!! Ya gotta believe it now that Grant's tech works because he's on a worldwide tour to 10x the planet! Just give him a stack of money and he'll show you how he does it!!!

He drops names and heroic feats and his possessions like his Lamborghini ("lambo") and many other symbols of his infinite wealth.


Man, he's got it all!
​
He somehow forgot to mention that this week he also noticed all his investors that he is suspending monthly distributions to them.

Even though he is collecting rents from his billion dollar empire, there "ain't no virus gonna stop" Grant from telling his investors he is going to "escrow" that money and hold onto it himself. Their money. Grant stiffs investors and keeps control in his accounts in case he needs it. But he says he's doing it to protect them. There are a bunch of videos on YouTube of his apostates doing some pretty devastating whistleblowing.

But never mind that entheta! Grant is flourishing! Don't get so fixated on those suspended monthly cash distributions to investors, because. . . . .


Man, he's got it all!
All his investors' principal and all his
investors' monthly distribution cash flow too!​
Let the lawsuits, investigations and forensics begin.

.
Last edited: Apr 14, 2020
"Scientology literally saved my life! Without Ron's books I would have frozen to death!" - Don Hubbard (see avatar) is Ron Hubbard's estranged & evil twin brother. As Founder of the Church of Hoaxology and bestselling author of "HOBONETICS", Don is the first human being to achieve the state of OH (Operating Hobo).
S

This is an interesting one ... 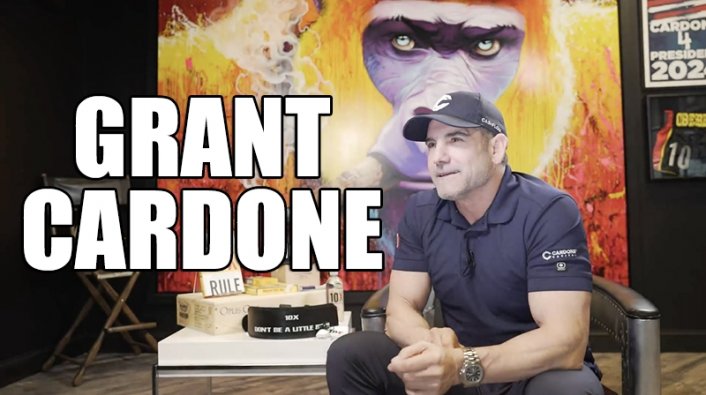 In this clip, Grant Cardone spoke about Scientology being the key to his success in life, and he shared how Scientology has helped him make decisio...

Chuck J. said:
I saw a video where Mr. 10x was saying debt is bad and he's not into borrowing anymore as a means to buy income producing assets. I can only assume he's not practicing what he preaches.
Click to expand...

Ya. Either that or his credit was cut off and he needed to disguise the fact....

Just my cynical mind at work. Your comment was probably closer to the truth.

If I ever buy a boat, that's the name I'll give it, Mister 10x.
Even if it's just an aluminium bass boat.