Veteran of the Psychic Wars

If they only want to recognize heterosexual marriage, isn't that their religious prerogative?
All organizations suffer a recurring problem: Power attracts pathological personalities.

If they only want to recognize heterosexual marriage, isn't that their religious prerogative?
Click to expand...

It absolutely is their religious prerogative.

The "So" -- the point -- is that the Church of Scientology is currently promoting itself as gay and lesbian friendly, and asserts that it does not discriminate against gays and lesbians in any way,.

Yet Tony Muhammad, a prominent Scientologist, Scientology Freedom Medal Winner and someone who the church continues to promote in both Google ads and on Scientology TV, excludes gays and lesbians from his religious retreat.

Moreover, this is far from the first time that Tony Muhammad has engaged is homophobic conduct and speech.

Any organization other than the Church of Scientology that promoted itself as gay and lesbian friendly, and as non-discriminatory, that had a prominent spokesperson (again, promoted on their TV channel) who engaged in anti-LGBT discrimination would address the issue.

Consider a legitimately gay and lesbian friendly, non-discriminatory church -- e.g.the Unitarian Universalist Church, the Episcopal Church in the U.S. How would they react if their equivalent of Tony Muhammad (i.e., promoted on their TV channel; Clear, Super Power Completion, Class 4 Auditor -- perhaps the equivalent of a deacon, if not a minister) repeatedly engaged in homophobic conduct and speech?

The Church of Scientology's silence is deafening. 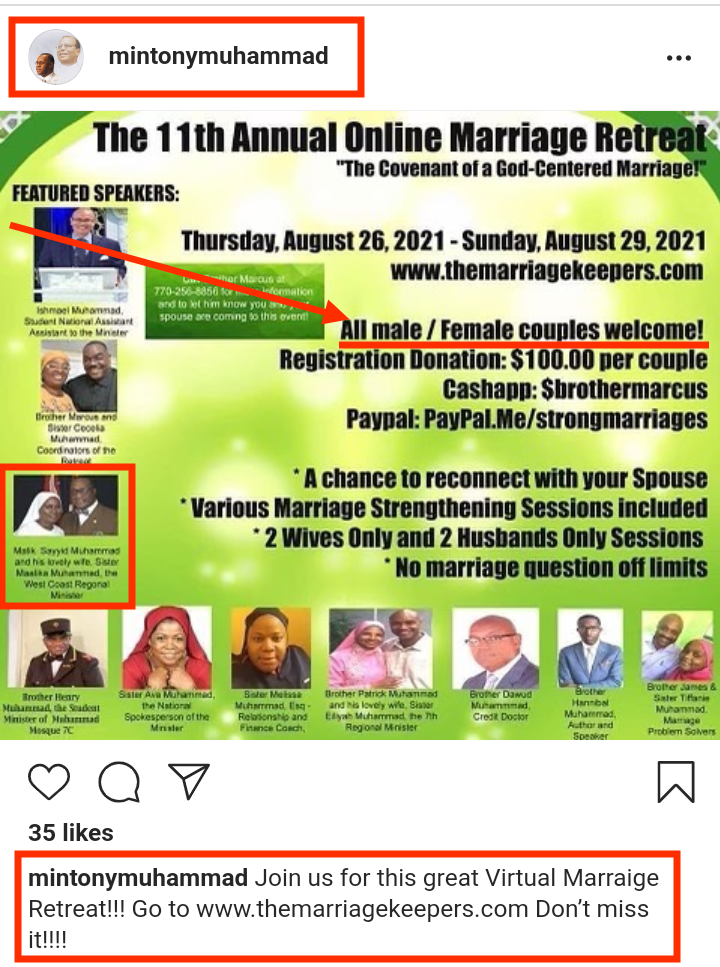