JackStraw said:
Maybe, if he doesn't provide the answer you seek, we can request that TPTB change his user ID from Sneakster to the more contemporary moniker: Karen.

Scientology's Grand Inquisitors don't answer questions, they interrogate and grill others. This is the way Ron taught them. Always attack, never defend (or answer questions).

I hope nobody thought that "karen" meme reference had anything to do with our lovely friend Karen#1, LOL!

.
"Scientology literally saved my life! Without Ron's books I would have frozen to death!" - Don Hubbard (see avatar) is Ron Hubbard's estranged & evil twin brother. As Founder of the Church of Hoaxology and bestselling author of "HOBONETICS", Don is the first human being to achieve the state of OH (Operating Hobo).
D

The problem with Sneakster's chronic demand for "DOCS" and "PROOF" is that:
An example of the last bullet point (above) is that for years I have asked Sneakster about a statement he made to Rathbun on Rathbun's blog. Sneakster refuses to answer it. In an attempt to "justify" why he posted on ESMB, he told Rathbun that HE WAS ONLY ON ESMB IN ORDER TO HANDLE THE CRITICS THERE ON OVER-RESTIMULATION FROM OSA SOCKPUPPETS.

Thus, when I see him demanding others PROVE things to him, the billows of hypocritical smoke get way too thick to breathe.

Here's another opportunity for Sneakster to demonstrate that he not only "talks the talk" but that he "walks the walk" of all those glorious ethical standards that he preaches to others. If he deigns to answer whether he is still only here to handle us poor overrestimulated DBs, it will be the first time in the last decade that he does so.

How about it Sneakster? Do you follow your own preachy sermons and lectures to others? Or have you, like Hubbard, "risen above the group bank" here at ESMB? I've asked you a dozen times or more---why don't you answer this time---WHO ARE THE OSA SOCKPUPPETS THAT YOU ARE CLAIMING? WHO IS OVER-RESTIMULATED FROM THESE PHANTOM OSA SPs?

If he (once again) refuses to answer simple questions, I'm afraid I won't be impressed enough to join his Church of HALLMONITOROLOGY.

Bottom line: Anyone who promotes Hubbard, Rathbun and Scientology and Indie Scientology is probably the last person in the world who should be furiously and indignantly running around demanding "DOCS OR STFU" from others. They are spreading so many "undocumented" and "unproven" lies that it's a cosmic clown show for them to suddenly show up as the self-appointed inquisitor and sec checker of the planet in a holy crusade for truth.

Well, I think you’ve got Sneaks wrong, HH, and I know him as well as anyone.
He’s a stickler for detail, true. He doesn’t particularly enjoy any criticism of L Ron Hubbard, either, but he does acknowledge Scientology administrative abuses and has also acknowledged some mistakes in Scn.
He is who he is. Sometimes when he points out inconsistencies, he’s a real asset. That’s my opinion, fwiw. His views are often fresh and they are always sincere, whether we agree or not.

Karen#1 said:
Just a data point. CC International was never under Yvonne Gillham Jentzsch.
When she was alive the entity was CCLA. Celebrity Center Los Angeles.
Click to expand...

Karen, the Scientolipedia article on Yvonne seems to make it clear that CC had not yet moved into the Château Élysée ("The Manor") before the Guardian Office got her removed from her post over CCLA. So the above incident clearly did not happen on her watch.
Michael A. Hobson
Independent Scientologist & Former Sea Org Member
Email: [email protected]
Facebook: Michael Hobson
I'm not hiding my identity from anyone
Also, I am not a trained or qualified lawyer.
D

TheSneakster said:
Karen, the Scientolipedia article on Yvonne seems to make it clear that CC had not yet moved into the Château Élysée ("The Manor") before the Guardian Office got her removed from her post over CCLA. So the above incident clearly did not happen on her watch.
Click to expand...

I don't think that article in the Scientolipedia is quite accurate for the final years Yvonne was at CC in the latter part of the 70s, Sneaks. Yvonne's history is detailed, but then very sketchy after 1976. This is all it states about that time period:

"In early 1977 Yvonne participated in the first ever OT Symposium, in which a panel of OT's discussed clearing the planet. Heber Jentzsch moderated the discussion with Chick Corea, Ingo Swann, Bonnie Bishop and Yvonne. At the end of February Yvonne was excited about the possibility of CC moving into the Manor. However, after that month LRH ordered Harriet Foster to do an eval on CC. The GO made sure to interject negative things about Yvonne, which ultimately resulted in her being removed from CC and sent to Flag for a cleanup. When Yvonne and her executive staff heard that she had been removed, they came very close to a mutiny. Someone brought some alcohol to her office, and for about an hour or so they drank up a storm and had a raucous mutiny celebration. Yvonne's daughter, Janis, was at Flag when Yvonne arrived. Janis had her mother sit down with Harriet and go over the eval, which contained the negative reports from the GO. But it was all for naught as they had successfully caused Yvonne to be removed from CC."

That's really sketchy, and not documented, either, except probably the OT Symposium and the part when Janis saw her. Do we have records of this time period from Hana Eltringham or Harriet Foster? According to that article, Hana was pretty involved with CC and with Yvonne, so can probably help provide details. Does Janis know the exact dates when Yvonne was removed from CC? Have you asked her?

This is from Wikipedia, under Chateau Elysee: 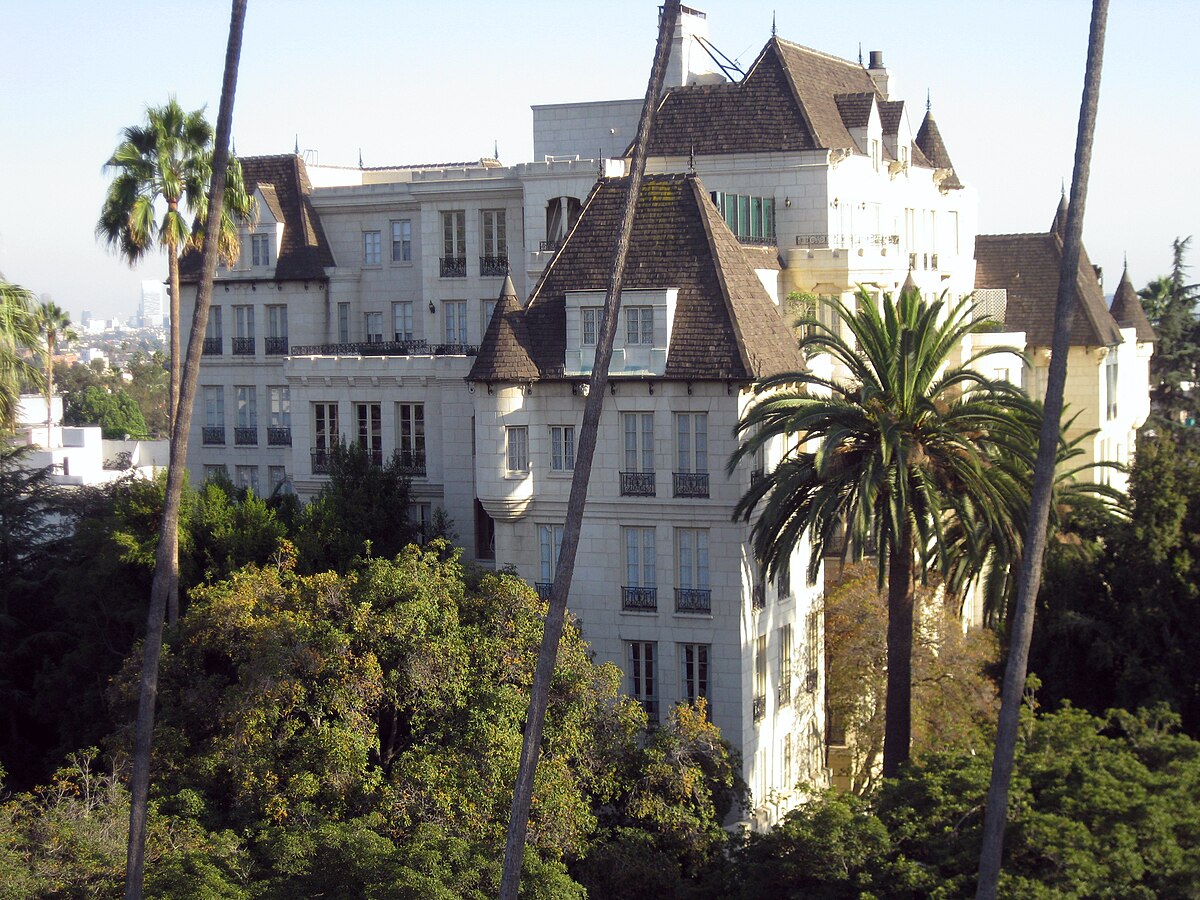 Out-2D is par for the course in a Scientology organization.

As far as him being comm eved and kicked out. Nah, I think they'd want to keep him under their thumb. Less chance he spreads stories that way. Less risk to bust him down to some low post and make sure he stays there. No PR risk that way.
You must log in or register to reply here.
Share:
Facebook Twitter Reddit Pinterest Tumblr WhatsApp Email Link
Top