Dotey OT said:
"It isn't magic or luck that makes the professional, it's hard-won know-how carefully applied. A true professional may do things pretty easily from all appearances, but he is actually taking care with each little bit that it is just right."

The above done from memory. Was Chinese schooled almost thirty (30) years ago on this. And some others still exist in my memory to this date.

Something I found helpful regarding the parts of Scientology that were most deeply and strongly indoctrinated into me was to actually write them down, look at the references they came from and to find the flaws in them, such as logical fallacies used by Hubbard and aspects of his claims that are propaganda techniques and I looked at the rhetoric from the Greeks to see where their description of ethos (appeal to authority), pathos (appeal to emotion), logos (appeal to reason), and sublime art and writing (using ecstasy, a trance state to influence) occurred.

I also looked at explanations from subjects like psychology, psychiatry, cognitive science and neuroscience for explanations on how the eight criteria occur in Scientology.

I think it's often helpful for a person to use this way to remove the confusion surrounding Scientology indoctrination.

Here is a link to an analysis of Scientology against the BITE MODEL by Steve Hassan.

Scientology Viewed Through The BITE model by Steven Hassan

Taking A BITE Out Of Scientology Part 1 The BITE Model “Mind control is the process by which individual or collective freedom of c...

Here is a post on the way that experiences convince people Scientology is real. 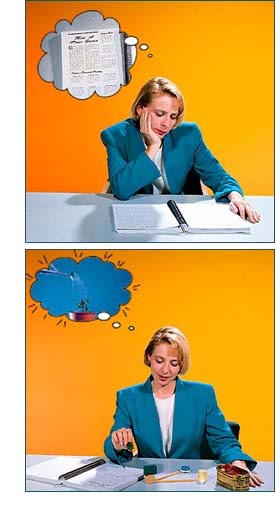 Scientology -The Evidence - What Convinces Scientologists ?

Many people have said Scientology is entirely dependent on faith, meaning belief without evidence. I can assure you that is not the case, ...