If the sea level has been rising for thousands of years, inundating cities in the process - we are looking for past civilizations in all the wrong places: Mimsey

Stuff that we know they had that together can cut even hard stone, if applied correctly:


Sand (millions of tons of it), Water (billions of gallons of it), Clay (to make ceramic surface grinding tools with sand embedded in the face, Rope twine soaked in organic glue and covered with sand. I would imagine some sort of low-pressure water jet cutter could be constructed with available materials.

An engineer needs to think with what they actually had on hand and how it might be applied to solve various problems.
Michael A. Hobson
Independent Scientologist & Former Sea Org Member
Email: [email protected]
Facebook: Michael Hobson
I'm not hiding my identity from anyone
Also, I am not a trained or qualified lawyer.

No. That theory has been thoroughly debunked by many engineers etc, but those professionals have no traction with the archeologists. In these videos you will see examples of tube drilling, which can't be duplicated by sand and copper tubes. How so? When you look at the wear patterns in the stone, they are not the same as sand wear patterns. Please look a the earlier posts in this thread - they go into some detail.

One of the things that is hard to debate is the angle of the tube drill striations - they are continuous spirals that go the depth of the hole. When you try to do that with sand, the sand is ground to powder and then must be flushed out, and replenished, thus you would not get those striations. Dunn made a latex cast of one of the tube drill cores which shows the spiral nature of the grooves. This is one of the red granite cores Petrie found, and wrapping the thread around it shows the continuous spiral groove. 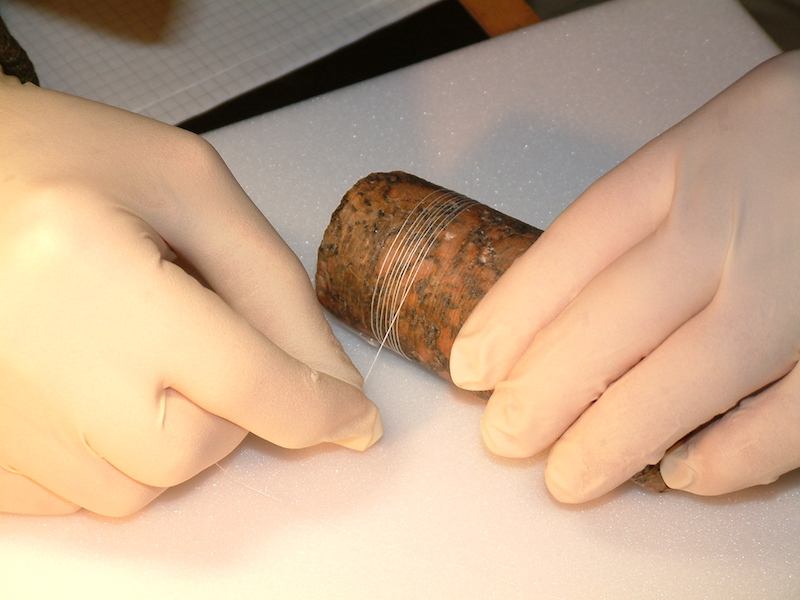 Do you think those could be made from sand and string, copper saws or tubes and the like?

Sir William Matthew Flinders Petrie, FRS, FBA (3 June 1853 – 28 July 1942), commonly known as Flinders Petrie, was an English Egyptologist and a pioneer of systematic methodology in archaeology and preservation of artefacts. He held the first chair of Egyptology in the United Kingdom, and excavated many of the most important archaeological sites in Egypt in conjunction with his wife, Hilda Petrie.[3] Some consider his most famous discovery to be that of the Merneptah Stele,[4] an opinion with which Petrie himself concurred.[5 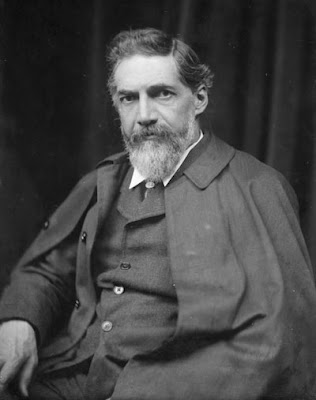 I have nothing against the idea of lost civilizations and technology, but why would the Egyptians have used their power plants as tombs?
Stable exterior to scientology with full perceptions on its real nature.

He said you might not believe this, little fella
But it'll cure your asthma too

We are talking about a civilization that was extant 12,000 years ago, that got wiped out during the Younger Dryas event. Not the Egyptians that have a history of 5 or 6000 years. In their own writing they say their civilization was some 40 K years old. There are lost civilizations under the Sands of the Sahara that existed 10 - 12 K years ago when it wasn't a desert. The Sphinx enclosure has heavy rain damage that is from that 10- 12K period.

There was never any evidence that the Giza Pyramid was ever a tomb. It may have been adapted to one after it was damaged by the internal explosion and subsequently abandoned. This civilization must have worked on a different power that our petroleum based technology. In Chris Dunn's book he lays out how the Gisa pyramid could convert vibrations in the earth, through harmonics and the piezo effect of the quartz crystals in a Hydrogen gas atmosphere into microwave power, and the shaft exiting from the kings chamber being the same size as a particular microwave. He shows how the two shafts leading to the queens chamber dripped chemicals to generate the hydrogen. But how they converted microwaves to power is a mystery in itself, if they even did. We dunno since there's no evidence of a structure to house the equipment on the location of the shaft exiting the pyramid.

There is an interesting video on the way Ankor Wat, Machu Piccu, Easter Island and the Giza pyramids etc. are under the same orbit, so I wonder if the microwave went up to a satellite system, and was sent back earthward. When you think we put a man in space with 1950's technology, and humans doing the orbit calculations instead of computers, the idea isn't so far fetched.

Back to the demise of the prior civilization - if you look at the Carrington event, were a solar flare of that magnitude to happen today and hit the earth squarely, it would cripple our civilization. If the power transformers were to be fried, how would we build more with no electric power?

The Younger Dryas event likely threw that civilization back to the stone age, and it has taken humans 10 - 12 K years to recover.


On February 14 the sun erupted with the largest solar flare seen in four years—big enough to interfere with radio communications and GPS signals for airplanes on long-distance flights.

As solar storms go, the Valentine's Day flare was actually modest. But the burst of activity is only the start of the upcoming solar maximum, due to peak in the next couple of years.
"The sun has an activity cycle, much like hurricane season," Tom Bogdan, director of the Space Weather Prediction Center in Boulder, Colorado, said earlier this month at a meeting of the American Association for the Advancement of Science in Washington, D.C.

During the Carrington Event, northern lights were reported as far south as Cuba and Honolulu, while southern lights were seen as far north as Santiago, Chile. (See pictures of auroras generated by the Valentine's Day solar flare.)

The flares were so powerful that "people in the northeastern U.S. could read newspaper print just from the light of the aurora," Daniel Baker, of the University of Colorado's Laboratory for Atmospheric and Space Physics, said at a geophysics meeting last December.

We live in a cyber cocoon enveloping the Earth," Baker said. "Imagine what the consequences might be."

Of particular concern are disruptions to global positioning systems (GPS), which have become ubiquitous in cell phones, airplanes, and automobiles, Baker said. A $13 billion business in 2003, the GPS industry is predicted to grow to nearly $1 trillion by 2017.
In addition, Baker said, satellite communications—also essential to many daily activities—would be at risk from solar storms.

"Every time you purchase a gallon of gas with your credit card, that's a satellite transaction," he said.

But the big fear is what might happen to the electrical grid, since power surges caused by solar particles could blow out giant transformers. Such transformers can take a long time to replace, especially if hundreds are destroyed at once, said Baker, who is a co-author of a National Research Council report on solar-storm risks.

The U.S. Air Force Research Laboratory's Cliver agrees: "They don't have a lot of these on the shelf," he said.

What If the Biggest Solar Storm on Record Happened Today?

If this solar cycle produces a flare like the 1859 Carrington Event, we may face trillions in damages and year-long blackouts, experts say.

I really wanted to go on this tour, but life has been conspiring against me. Mimsey


UnchartedX2 hours ago (edited)
Taking off for Egypt! And taking a little bit of 'stuff' with me. It's been a few years since I was last in Egypt, and I'm greatly looking forward to the chance to visit ancient Khemit and her mysteries once again, if only to escape from the rest of the world for a couple of weeks. I'm writing this as I sit here in NYC, hurrying up and waiting to check into my flight to Cairo. I successfully passed the 'viro-political travel test' with negative results for the coof, so should now be allowed to enter Egypt. Something of a shock flying into a somewhat dystopian JFK Airport, with few people around, shops closed and shuttered, and the military greeting every arriving passenger and enforcing 'travel track and tracing' forms. As you might be able to tell from the image, I plan to capture and document as much of my trip as I can. I also hope to do a few channel uploads while in Egypt - these won't be my normal type of highly produced video, but more of a 'walk and talk' review of raw footage. If livestreaming is possible - and this will very much depend on internet access - then I may also pop up a stream. Let me know if you have any questions you'd like to see me address in these videos! I hope everyone is doing well!

I'll vouch for that.

"Today's scientists have substituted mathematics for experiments, and they wander off through equation after equation, and eventually build a structure which has no relation to reality." (Nikola Tesla)

20O Timothy, keep that which is committed to thy trust, avoiding profane and vain babblings, and oppositions of science falsely so called

PirateAndBum said:
I agree that the technology used was advanced.

It's a stretch to say the pyramid was a power plant.

The Ancient Great Reset.
"Today's scientists have substituted mathematics for experiments, and they wander off through equation after equation, and eventually build a structure which has no relation to reality." (Nikola Tesla)

20O Timothy, keep that which is committed to thy trust, avoiding profane and vain babblings, and oppositions of science falsely so called

Irayam said:
I have nothing against the idea of lost civilizations and technology, but why would the Egyptians have used their power plants as tombs?
Click to expand...

No pharaohs were buried in the pyramids.
"Today's scientists have substituted mathematics for experiments, and they wander off through equation after equation, and eventually build a structure which has no relation to reality." (Nikola Tesla)