Crowley's correspondences between the Hebrew Kabbalistic Tree of Life,
and the eight tri-grams of the Chinese Book of Changes 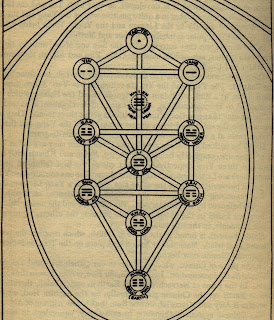 Hubbard's simplified, and reworked the four components of the Tree of Life: the Kabbalistic Tetragrammaton, the four basic and successive postulations of the/a Life force.

The four fundamental ingredients of existence, so the idea goes.

Which, oddly enough, correspond with the four bi-grams, of the ancient Chinese Book of Changes:

Hubbard's Scientology Axioms are based largely on his mechanistic extrapolation from these four primordial conditions.

We'll probably never know the extent to which Hubbard's "Axioms," and many of his other ideas, were inspired by his late night conversations with self taught chemist and rocket scientist Jack Parsons. No doubt Hubbard was aware of Crowley's "Theorems of Magick," and possibly aware of Nordenholz' Scientologie and its Axioms. 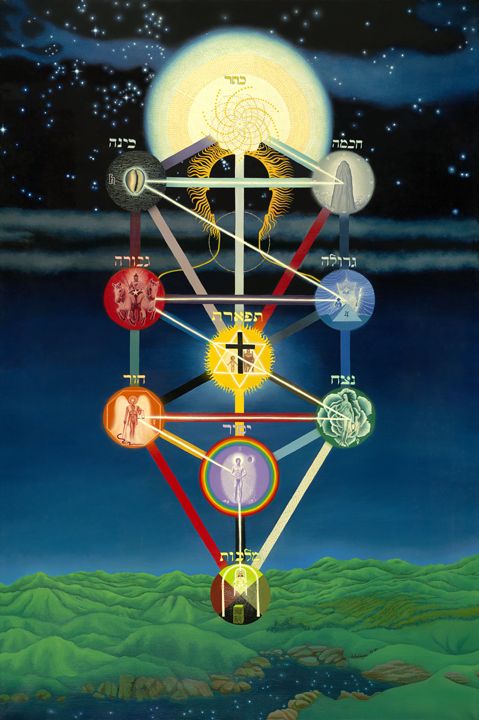 Many of Scientology's scales, as well as its The Factors, and even the Scientology symbol of the "S with the double triangle," derive from these earlier sources, notably through the writings of Aleister Crowley.

Some were lured into Scientology by exposure to these things.

While explanations can, sometimes, seem strange, they can also loosen the glue that holds a person to Scientology.


Additional content added.
Posts such as this are mainly meant for lurkers.
Last edited: Oct 22, 2021
Mirror of The Scientological Onion
And the ESMB Web Site, plus
the Original ESMB Message Board

Issy wassy wasn’t really was he?
Neither a follower nor a leader be.

Issy wassy wasn’t really was he?
Click to expand...

As I wrote, this was thread mostly for lurkers, not current EXSMB members.

The wisdom sources date back to the time of the Great Pyramid.

In my opinion this is worthy of our respect.
Mirror of The Scientological Onion
And the ESMB Web Site, plus
the Original ESMB Message Board

Are Hubbard's ingredients of existence straight derivations from Yin and Yang though? As I understand it, not-isness is an aberrant effort (an attempt to put out of existence something that is actually there), whereas Yin and Yang (both static and moving) correspond to states of reality.

Cat's Squirrel said:
Are Hubbard's ingredients of existence straight derivations from Yin and Yang though?
Click to expand...

Of course not. It was filtered through Crowley who was fascinated with the correspondences between an ancient Chinese, mathematically based, book of wisdom, and the ancient Kabbala.

After Hubbard had lost Dianetics in bankruptcy court, and the Dianetics fad had faded, Hubbard needed something new with which to "fill the seats" (think P.T. Barnum). He had to create a new subject. He "borrowed" heavily from Crowley to do so.

As I understand it, not-isness is an aberrant effort (an attempt to put out of existence something that is actually there), whereas Yin and Yang (both static and moving) correspond to states of reality.
Click to expand...

Hubbard's re-working of the tetragrammaton (the four successive manifestations of the unmanifest infinite-no-thing) was simplistic and mechanistic. It served his purposes. It didn't much interest him except as a gimmick, and as something to add to his new system of thought and therapy to give it some gravitas and respectability.

By the time it had filtered down to Scientologists, it's pretty much as you describe. It's not the Scientologists' fault. This is what Hubbard gave them.
Mirror of The Scientological Onion
And the ESMB Web Site, plus
the Original ESMB Message Board

Anyone who is familiar with the grades should know that a 'not-' is a negative opposite a positive. Therefore Not-Isness is the negative of Isness.

The union of the triangle is Duplication / Non-Duplication.

I'm happy to say I discovered this as a triangle AFTER I left the Church, and AFTER LRH died. Otherwise he would have claimed it as his own discovery. I have published the triangle in a book in pdf form.