"A BILLION YEARS" by Mike Rinder 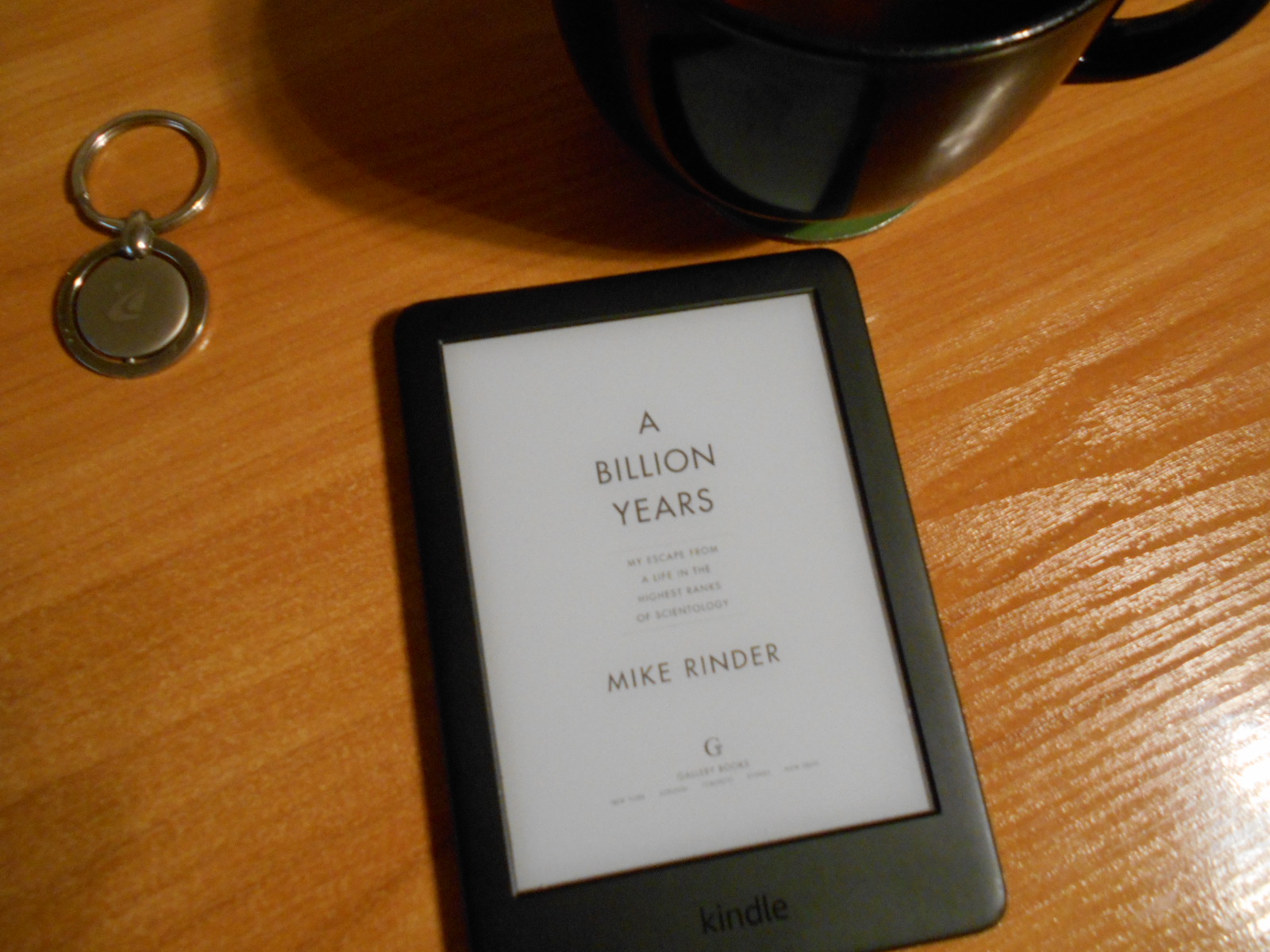 Well, I have my copy in digital format, because the paper version with the overseas shipping, import fees and whatnot was a bit too much of a hassle.

I will post here once I'm done reading it with a sort of mini-review maybe.


If people in the 2000s would have told me: "Hey, you will one day buy a book by Mike Rinder", my reply would probably be: "No way, unless he threatens me with the RPF if I don't buy it".

I'm reading, too. I was never - in, so it's slow going for me. I'm up to the GO reorganized to OSA, Mike assigned by Miscavage and Rathbun to go undercover to trap Gerry Armstrong. Its pretty good so far.

Sadly, my real life is intruding. Ill check in later.

I've got to finish Robert Lifton first. Thought Reform and the Psychology of Totalism. Not an easy read but very interesting. Mike's book is the impetus I needed.

Here in the UK, Amazon is advising that the hard copy book won't arrive until Tuesday October 4th.
S

I read over 60% of it by now, had other work to do that came up unexpectedly.

My verdict so far? Buy the book. Best and clearest explanation of how the post-Hubardd coup by Miscavige came down. The part about int base abuses is well written and doesn't pull any punches.

The least impressive part is about OSA operation. Mike writes a bit about about the legal cases, but does not really go into a lot of detail about fair-gaming and black ops. At one time he even writes something along the lines of "PIs did it, I didn't even want to know how they did it" kind of thing.


In terms of some more personal issues, Mike's book brought me one giant step closer to resolving one of my pet peeve mysteries: "Who the fuck transcribed and digitized all these old confessionals?"

Here's a fair use quote excerpt from Mike's book:

(...) Though technically still in the RPF, I was no longer assigned to do manual labor. Vicki put me in charge of a project to computerize legal case files. It was highly unusual for anyone to use RPFers for any sort of skilled job, and using a computer and inputting legal files was certainly not something to be entrusted to anyone with evil purposes.
Click to expand...

So, if Mike on the RPF was tasked with "computerizing legal case files", then I'm now 99% sure that the confessionals were transcribed and digitized by some other RPF people. Explains perfectly why whenever I asked about it in the SO I always got some variant of: "You don't wanna know, you don't wanna ask" reply.

Another personal thing.. Here is a form of abuse I personally experienced and it wasn't from Miscavige... or so I thought. Yet it turns out, it kind of WAS coming from Miscavige after all. Another fair use quote:

Miscavige had a technique of posing questions and making accusations that had no correct answer. No matter how you responded, you would be berated.
If I said, “Yes, sir,” that would result in “That’s all you have to say for yourself?” If I disputed anything (heaven forbid), Miscavige would say, “You see, this guy wants to fight me and make me wrong; it’s his unhandled evil purposes on display.” And “I apologize for…” would elicit “Apologize? I don’t want your fucking apology, I want you to do it right, you piece of shit.” The no-win responses were endless.
I could never outthink him in this game, so I became silent and didn’t respond at all, and I wasn’t the only one. That set him off even worse—“You motherfucking pie-faced piece of dogshit, don’t just stare at me,” he barked.
Click to expand...

I suffered this EXACT same form of nonsense from someone who wasn't Miscavige. But looking at it now and reading what Mike wrote, I'm sure that people around Miscavige started aping the way he behaved. Then their subordinates in turn were aping them.

When I get back from walking to the bank to do my monthly transfer today, I will buy the Kindle edition. Obviously, I haven't read it yet.
Michael A. Hobson
Independent Scientologist & Former Sea Org Member
Email: [email protected]
Facebook: Michael Hobson
I'm not hiding my identity from anyone
Also, I am not a trained or qualified lawyer.

TheSneakster said:
When I get back from walking to the bank to do my monthly transfer today, I will buy the Kindle edition. Obviously, I haven't read it yet.
Click to expand...

OK, bought it. Now to study it.
Michael A. Hobson
Independent Scientologist & Former Sea Org Member
Email: [email protected]
Facebook: Michael Hobson
I'm not hiding my identity from anyone
Also, I am not a trained or qualified lawyer.
S

Karakorum said:
It seems the overt OSA bots that frequent this forum are quite conspicuously absent from this thread? Gee I wonder why?
Click to expand...

Well, that's not hard. While there is no doubt some rational criticism of the book possible, any overt attempt to Dead Agent Rinder or his book would instantly compromise that particular posting Identity.
Last edited: Oct 4, 2022
Michael A. Hobson
Independent Scientologist & Former Sea Org Member
Email: [email protected]
Facebook: Michael Hobson
I'm not hiding my identity from anyone
Also, I am not a trained or qualified lawyer.
S